This exhibition was created in partnership with WGBH Boston / The American Experience, which developed a major television special of the same name to celebrate the 50th anniversary of this seminal moment in civil rights history. The self-proclaimed “Freedom Riders” challenged the mores of a racially segregated society by performing a disarmingly simple act—traveling together in small interracial groups, and sitting where they pleased on buses and trains. Demanding unrestricted access to terminal restaurants and waiting rooms, they were met with bitter racism, mob violence, and imprisonment along the way. But their courage and sacrifice over eight months in 1961 changed America forever.

This traveling exhibition is composed of six freestanding sections. It will require 60–70 running feet of display space. The loan period for this exhibition is four weeks. Sites are required to pay a loan fee of $1350, which covers shipping and administrative costs, and a refundable $250 deposit. 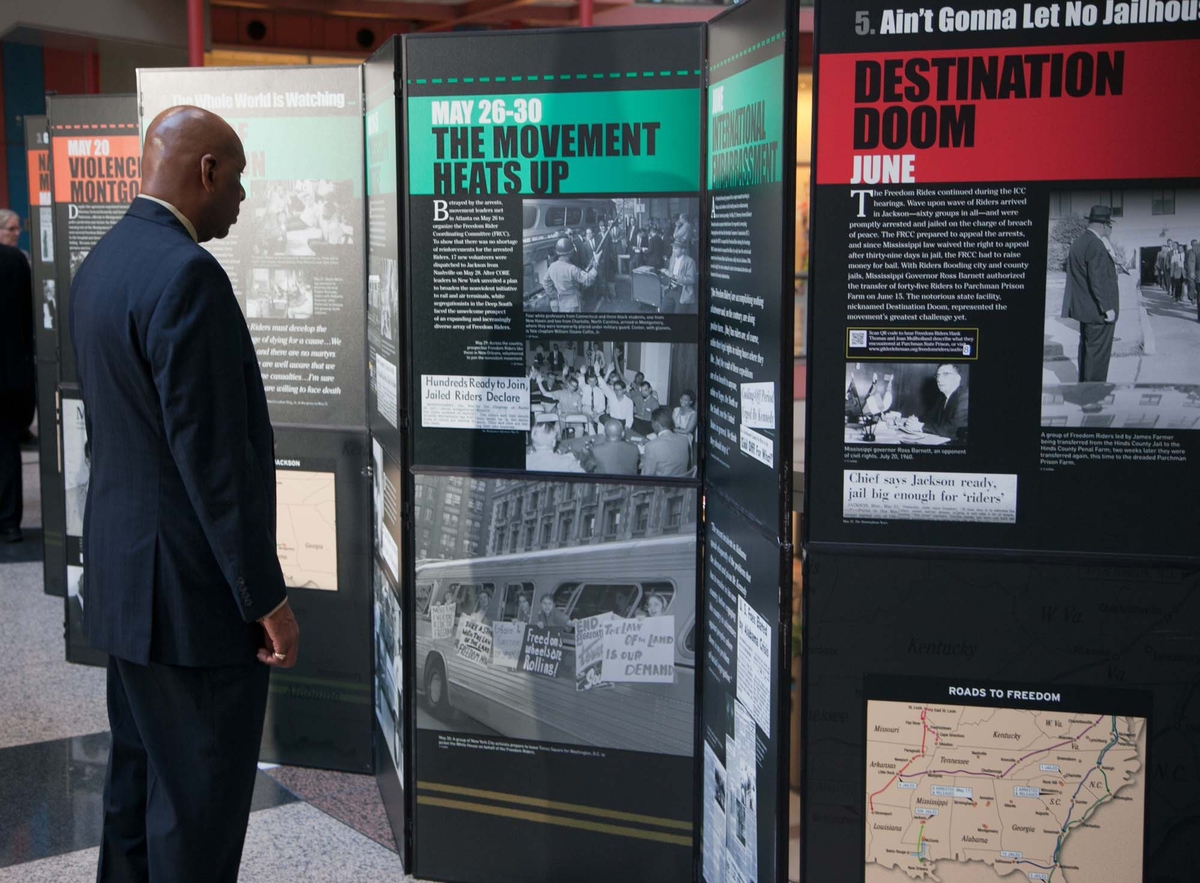 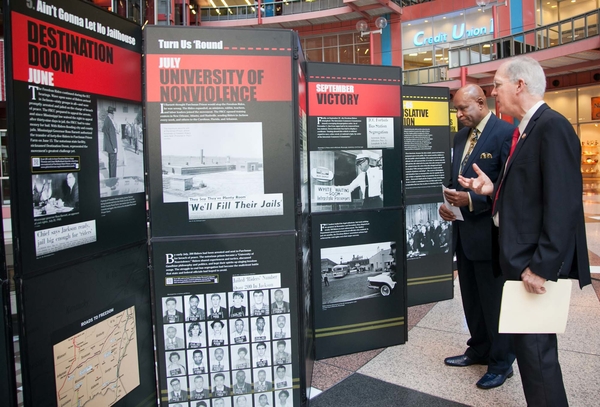 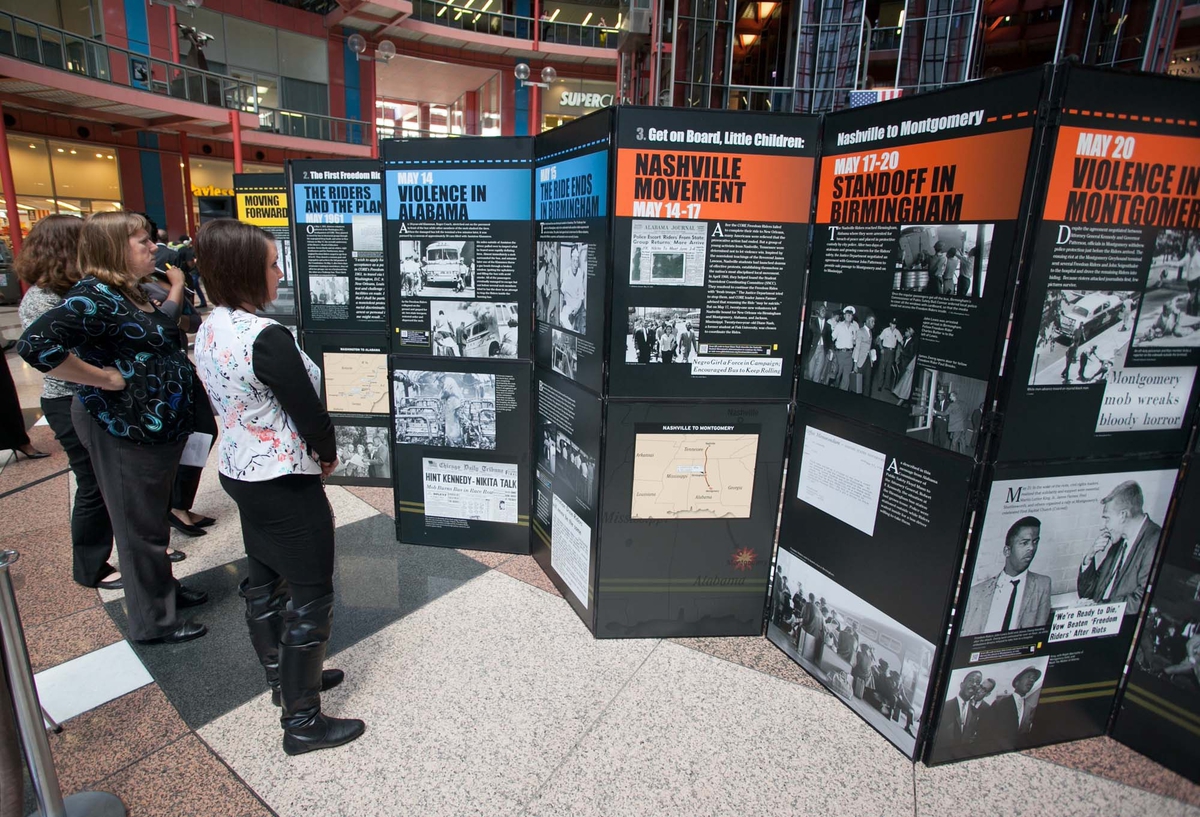