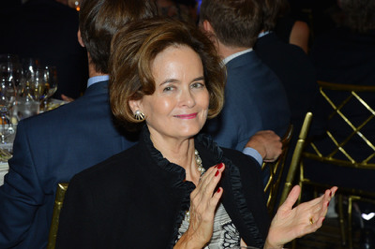 Dorothy (Debbie) Stapleton was raised in Farmington, Connecticut.  She attended Miss Porter’s School, where she developed a love for art and history under the tutelage of the legendary educator Sarah B. MacLennan.

With a BA in communications from American University, Debbie established a library focused on the environment at the MITRE Corporation, and continued her efforts at the EPA.

From 2001–2009 Debbie served with her husband in diplomatic assignments to the Czech Republic and France. At both Embassy posts Debbie created art exhibitions with the assistance of the Arts and Embassies program. The Prague exhibit, From Sea to Shining Sea, featured American artists including Andrew Bogdanov from the Monhegan Island Art Colony and Santa Fe artist Ernest Lawson. In Paris, Debbie presented an exhibit entitled The Ties That Bind, which featured American folk artists’ interpretations of France’s gift to America, the Statue of Liberty, as well as paintings by Connecticut art colony founder Childe Hassam. Debbie is the recipient of the Ben Franklin award for her service to the Embassy community.

Debbie is a Philanthropic Director of the French American Museum Exchange and a Trustee of the Norton Museum of Art in Palm Beach, Florida.