We are pleased to announce the finalists for the twenty-fourth annual Frederick Douglass Book Prize, one of the most coveted awards for the study of the African American experience. Jointly sponsored by the Gilder Lehrman Institute of American History and the Gilder Lehrman Center for the Study of Slavery, Resistance, and Abolition at the MacMillan Center at Yale University, this annual prize of $25,000 recognizes the best book written in English on slavery, resistance, and/or abolition published in the preceding year.

The finalists are: Tiya Miles for All That She Carried: The Journey of Ashley’s Sack, a Black Family Keepsake (Random House); Jennifer L. Morgan for Reckoning with Slavery: Gender, Kinship, and Capitalism in the Early Black Atlantic (Duke University Press); and Alexis Wells-Oghoghomeh for The Souls of Womenfolk: The Religious Cultures of Enslaved Women in the Lower South (University of North Carolina Press).

The winner will be announced following the Douglass Prize Review Committee meeting in the fall, and the award will be presented at a celebration in New York City in February 2023. 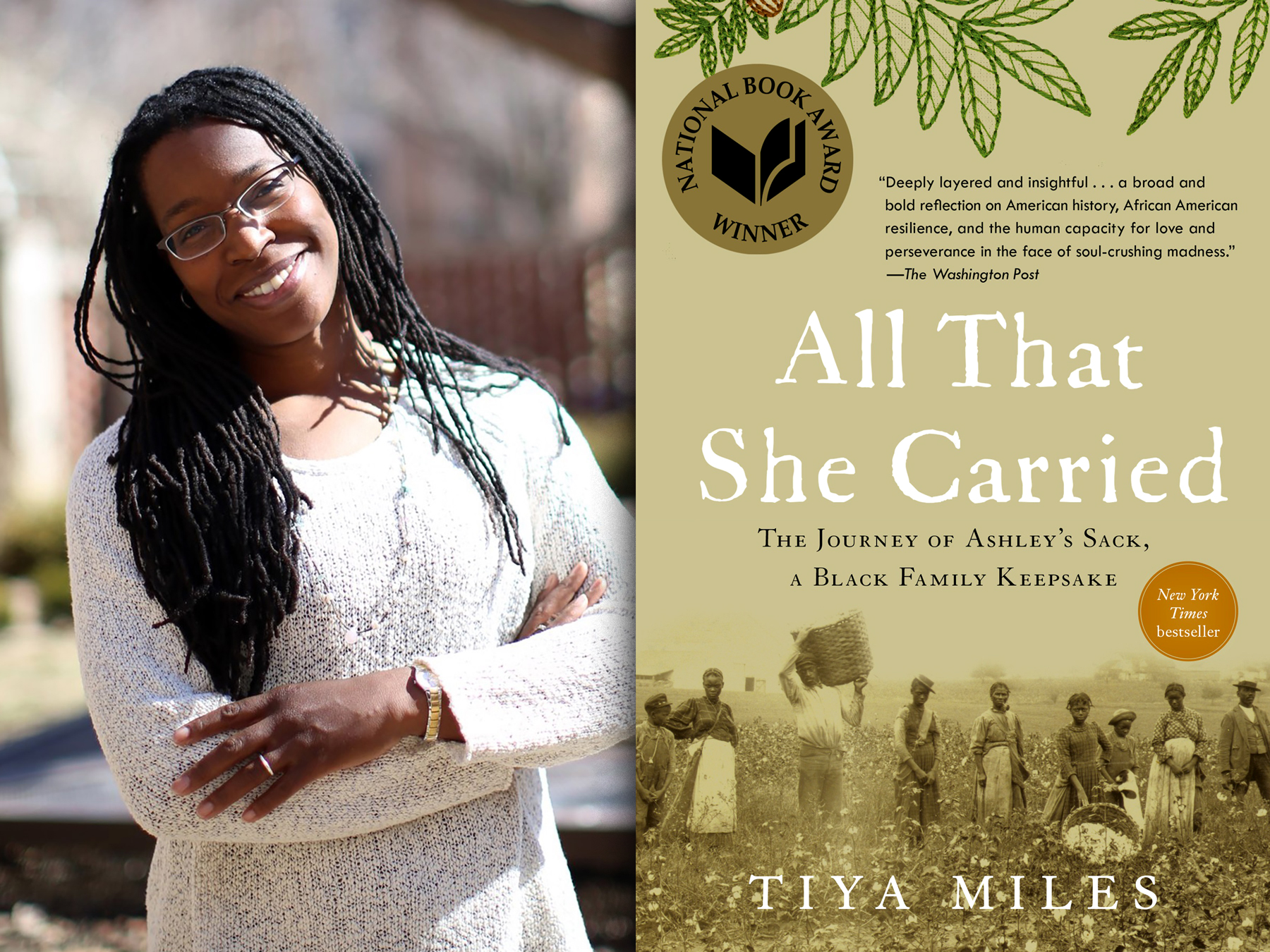 Weaving together family history and material culture, Tiya Miles’ All That She Carried: The Journey of Ashley’s Sack, a Black Family Keepsake is brilliantly conceived and methodologically innovative, offering historians examples of how to surmount archival limits. From a lock of hair and pieces of pecan to a torn dress and a cotton sack, Miles reminds us that small things readily dismissed as mundane and insignificant brim with meaning, spirit, and life. This memorable book is beautifully written, captivating, and emotionally moving. The story of Black women navigating the perils of slavery and the uncertainty of freedom is now well known, but Miles offers new and fresh insights. Through a careful examination of the modest treasures passed down through the generations, initially from an enslaved woman to the daughter forcibly separated from her, Miles affirms that enslaved people understood the tenuousness of their valuable familial ties. While this knowledge produced a devastating and uncertain existence for Black people and their loved ones, it also compelled them to protect and prioritize objects most essential for survival. More than a story of simple perseverance or triumph in the face of slavery’s inhumanity, All That She Carried reveals timeless truths inviting all readers to meditate upon the nourishing power of love in an inhumane and unloving world. 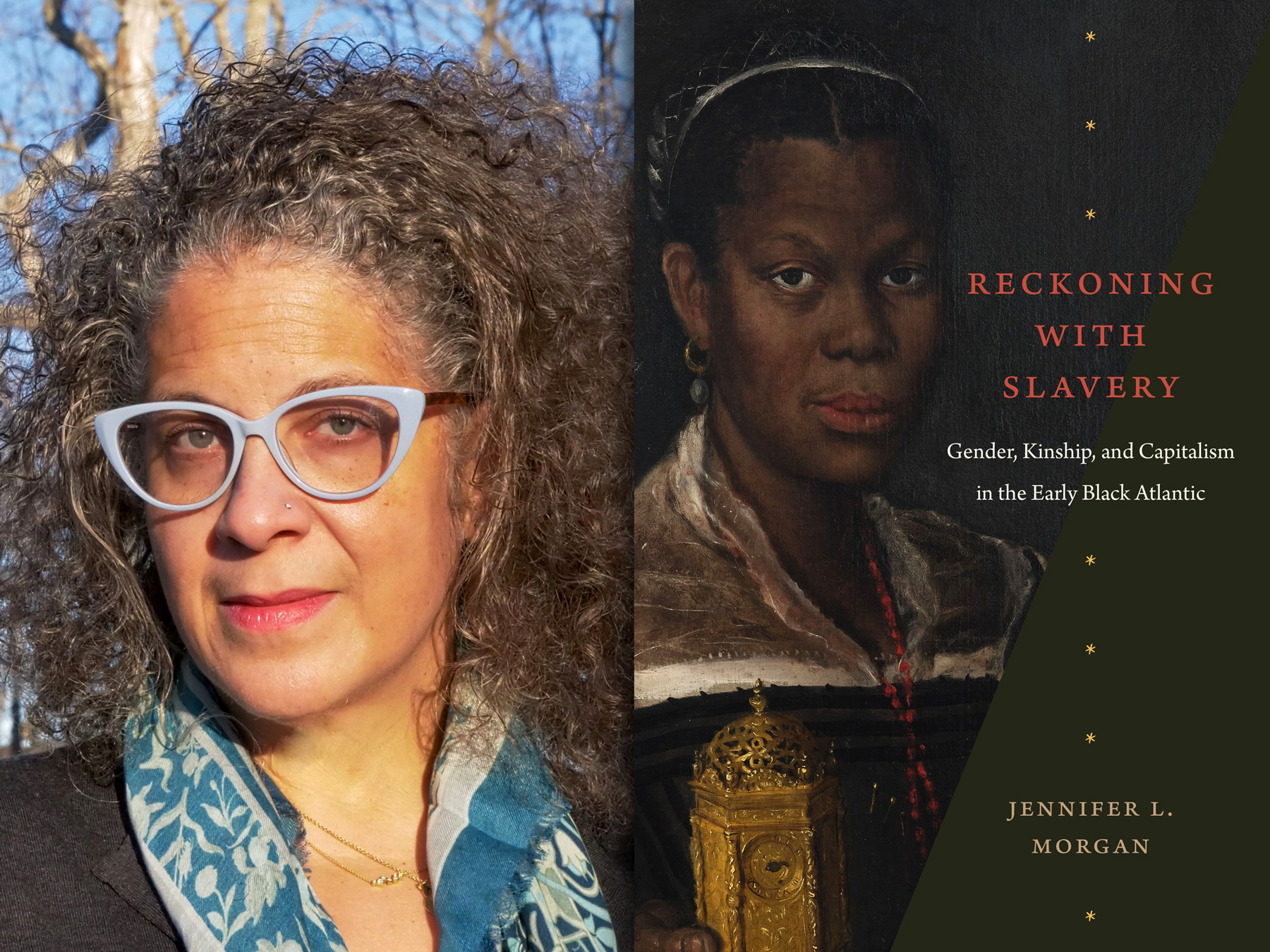 A richly layered interdisciplinary study of the early modern Atlantic world, Jennifer L. Morgan’s Reckoning with Slavery: Gender, Kinship, and Capitalism in the Early Black Atlantic is an instant classic. Demonstrating how the principles and practices of commodification and ideological formations of race and racial capitalism depended on reproduction, it is a thoughtful and clarifying book that unflinchingly makes the case that women, gender, and Black studies cannot be reduced to the margins of history or the history of slavery. Locating children, families, and women’s bodies in the inner workings of racial capitalism, Reckoning with Slavery illuminates the deeply destructive ways in which gender and race intersected in Africa, during the Middle Passage, and in America. Forced separations from kin at slave markets, rapes, and the hereditary enslavement of their children inflicted incalculable suffering upon the Black women whose very bodies were exploited to perpetuate the institution of slavery. Scholars of slavery as well as others working in the disciplines of history, demography, and economics will wrestle with Morgan’s many searing arguments for generations to come. 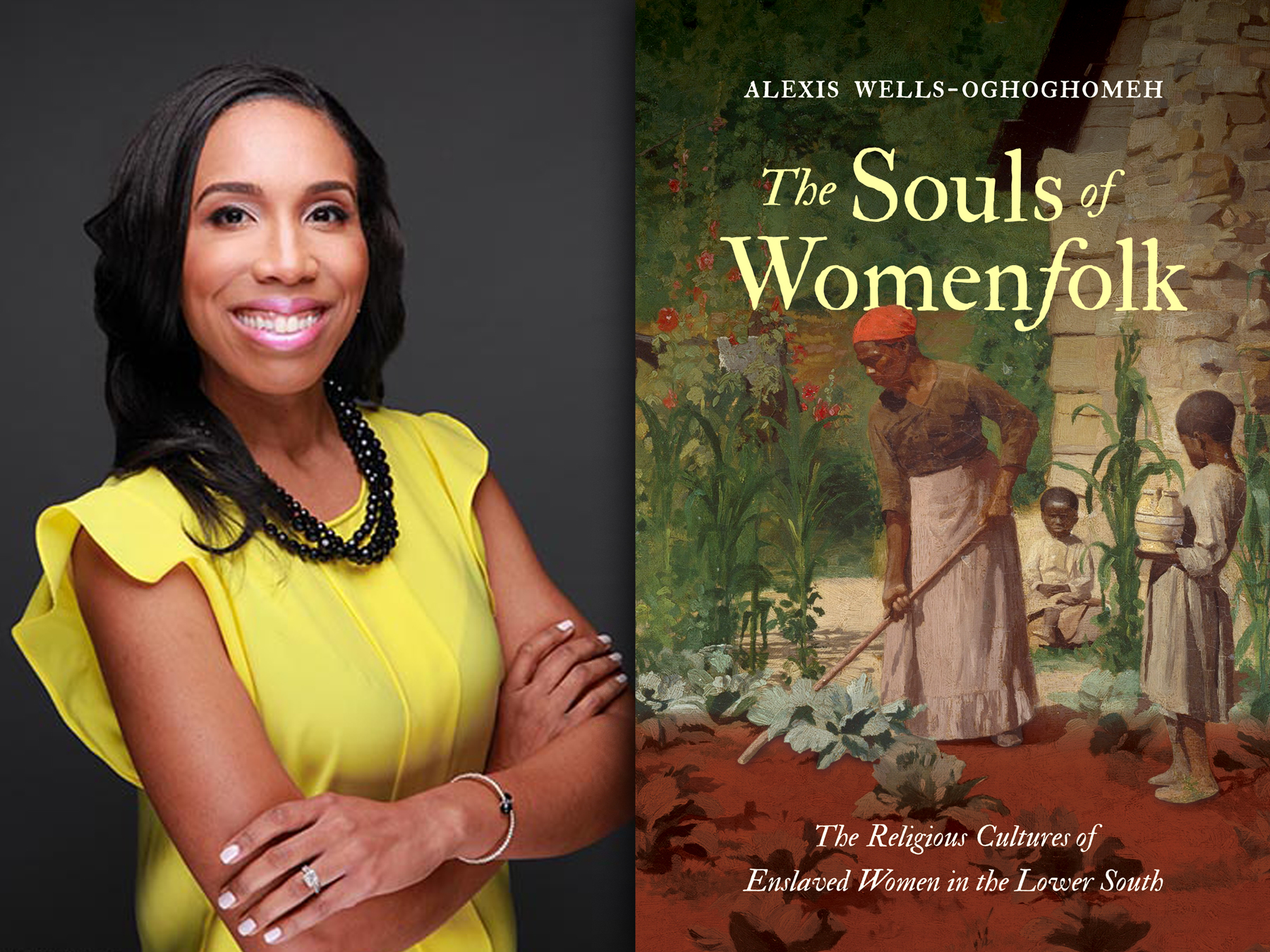 Spanning the sixteenth century to the cusp of the Civil War, and from West Africa to the Lower South, Alexis Wells-Oghoghomeh’s The Souls of Womenfolk offers an expansive and much needed intervention in the literature on religion, slavery, and gender. By thinking through how motherhood, reproduction, and female knowledge networks intersected and redefined the spiritual lives of enslaved women and the broader community of enslaved people, the book shifts scholarly attention away from overly masculinized versions of Black religiosity to expand our understanding of slavery and gender formation. Overcoming the challenges of discerning the ways that the enslaved understood themselves or made sense of their experiences, Wells-Oghoghomeh’s careful reading of enslaved people’s customs and symbols offers insights into the spiritual and religious aspects of how enslaved women interpreted and managed such predictable and common afflictions as infant death. In looking closely at the spiritual meanings and medical dimensions of enslaved women’s rites and rituals, The Souls of Womenfolk takes seriously enslaved people’s practices that owners routinely dismissed as superstition. It is an important work of grassroots religiosity that complicates the findings of scholars preoccupied with institutional expressions of religion.

The Frederick Douglass Book Prize was established by the Gilder Lehrman Institute of American History and Gilder Lehrman Center in 1999 to stimulate scholarship in the field by honoring outstanding accomplishments. The award is named for Frederick Douglass (1818–1895), who escaped bondage to emerge as one of the great American abolitionists, reformers, writers, and orators of the nineteenth century.