Ada Ferrer, professor of history and Latin American and Caribbean studies at New York University, was awarded the Frederick Douglass Book Prize Thursday night in a ceremony at the Yale Club in New York City. The award, which recognizes Ferrer’s book Freedom’s Mirror: Cuba and Haiti in the Age of Revolution, was presented by David Blight, director of the Gilder Lehrman Center for the Study of Slavery, Resistance, and Abolition. 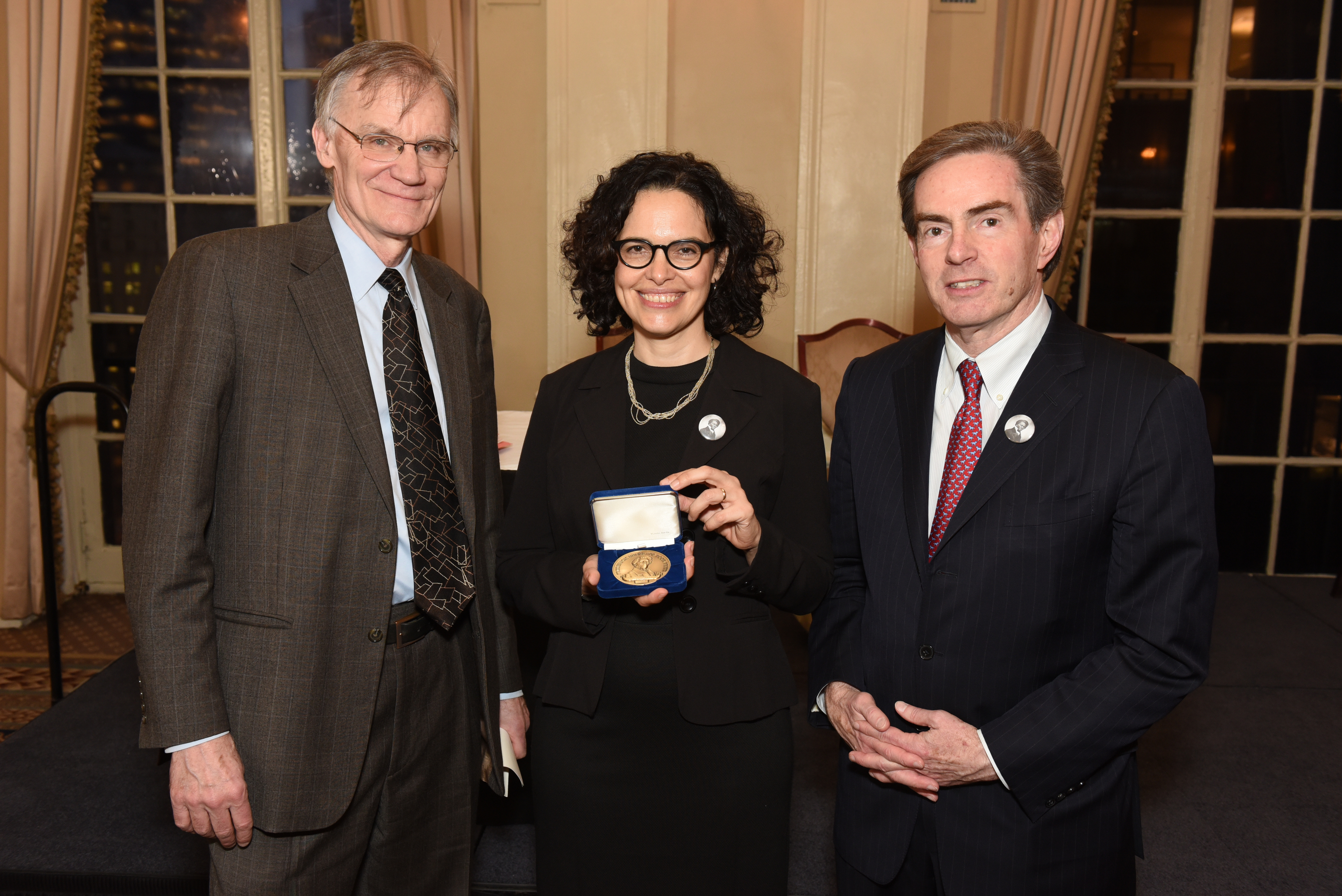 Gilder Lehrman supporters, historians, students, and teachers came to honor Ms. Ferrer, whose winning book discusses the relationship between Cuba and Haiti during the Haitian Revolution, particularly the rise in sugar production and slavery in Cuba as they were declining in Haiti.

The Frederick Douglass Book Prize is awarded jointly by the Gilder Lehrman Institute of American History and the Gilder Lehrman Center for the Study of Slavery, Resistance, and Abolition at Yale University, and annually recognizes an outstanding book on the subject of slavery or abolition.