On Thursday, June 13, National History Day (NHD) presented the awards for the national finals of the 2019 National History Day Contest. More than half a million students entered the competition last year, and 3,000 of them advanced through the local, state, and affiliate rounds to earn their place in the National Contest held at the University of Maryland, College Park.

Many Gilder Lehrman Affiliate Schools participated and two students from the Academy of American Studies in Queens, New York, a Gilder Lehrman Flagship School, were awarded prizes in the New York State Finals of the National History Day Competition on April 29, 2019. 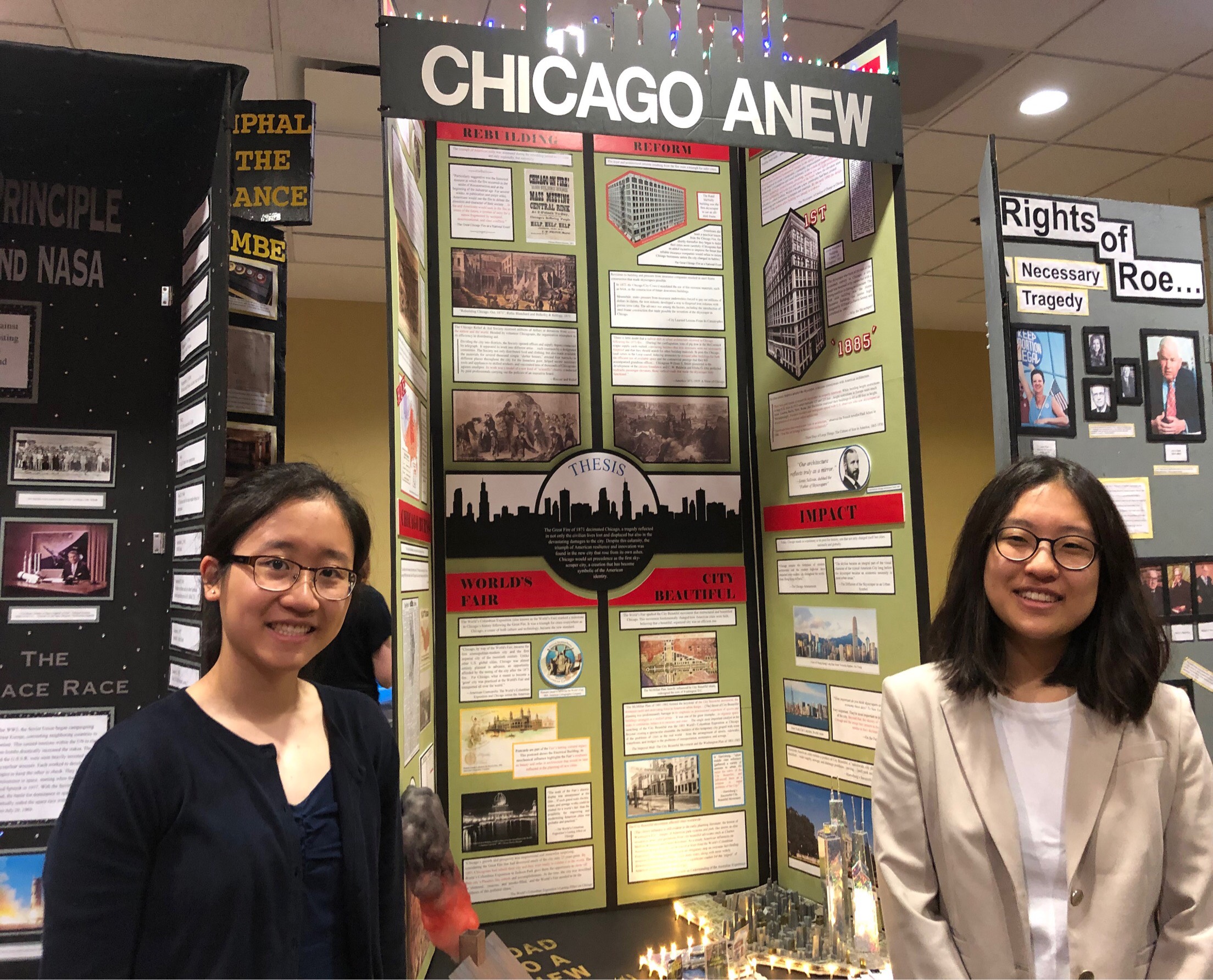 The first place winners of the Senior Group Exhibit for the national finals were Christy Guan and Hana Kim from Stuyvesant High School, a Gilder Lehrman Affiliate School in New York City. Their teaher, Robert Sandler, was the Gilder Lehrman New York State History Teacher of the Year in 2014.

In keeping with this year’ theme, Triumph and Tragedy, the students’ project was “Tragedy of the Great Fire and Triumph of Skyscraper City.” It featured a towering exhibit board on the Chicago Fire of 1871 and the rise of the skyscraper city afterward. It was accompanied by a 30-page annotated bibliography.

Congratulations to these and all the students who participated in National History Day!