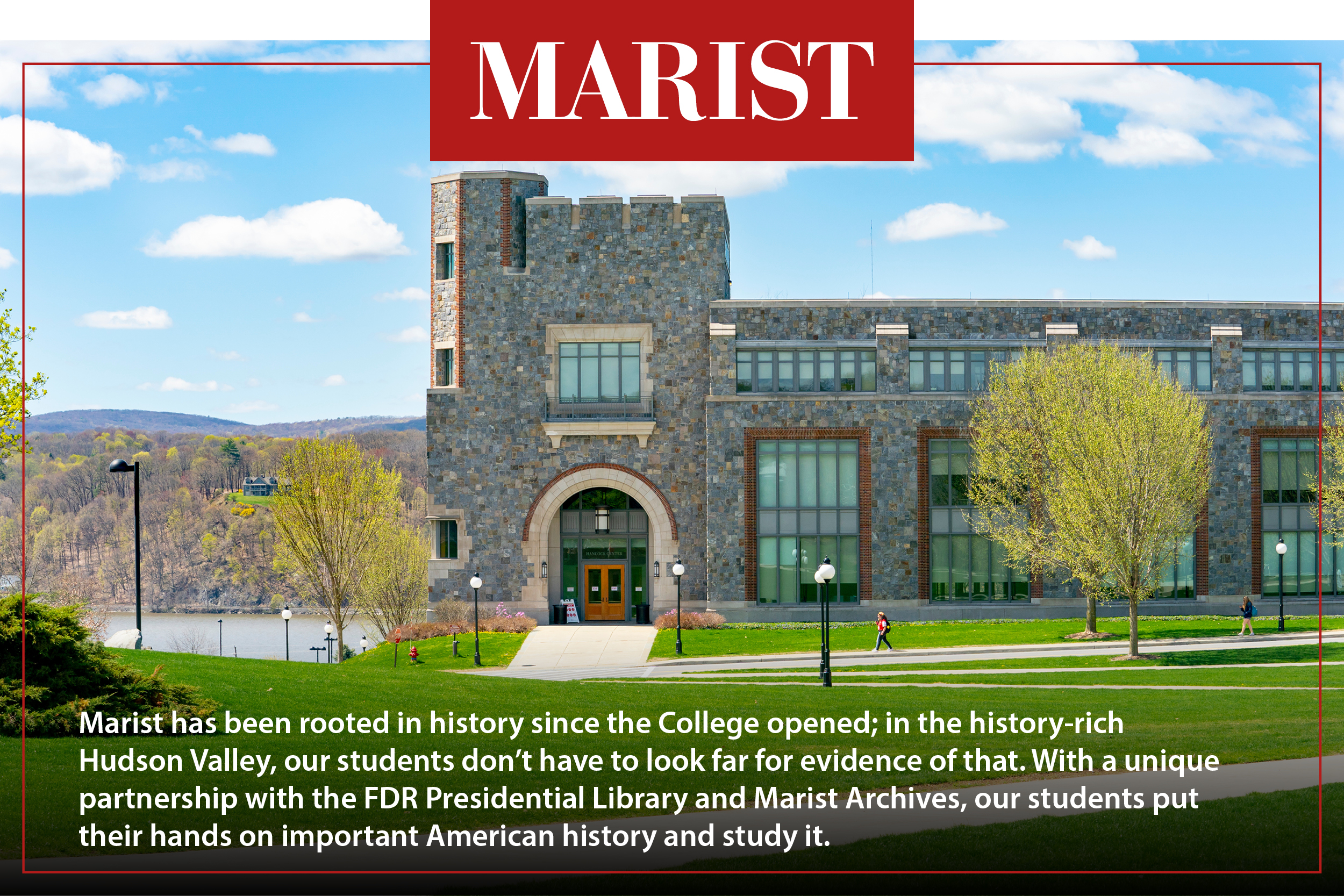 Additional funds may be provided to scholarship awardees to support incidental expenses and travel for each student to allow them to more fully participate in co-curricular and enrichment
activities. Scholars will also be inducted into a special society for additional opportunities and special programming offered in conjunction between the Institute and Marist.

Located on the banks of the historic Hudson River and at its Florence, Italy campus, Marist College is a comprehensive, independent institution grounded in the liberal arts. Its mission is to “help students develop the intellect, character, and skills required for enlightened, ethical, and productive lives in the global community of the 21st century.”

Marist is also home to numerous Centers of Excellence and is engaged in innovative partnerships and initiatives that set us apart from peer institutions. These include:

The scholarship is open to students who are interested in History, have been accepted to Marist College, and enroll as a full-time undergraduate student. Preference will be given to students in the Institute's National Academy of American History and Civics.

In partnership with the Gilder Lehrman Institute of American History (GLI), Marist is offering any students who attend an Affiliate School a 25% discount to attend our nationally recognized Summer Pre-College. The discount can be applied to any academic program, from Business to Pre-Law. Email Chris Doyle at Chris.Doyle@marist.edu with any questions or for more information.