2022 George Washington Prize Awarded to Bruce A. Ragsdale for “Washington at the Plow” 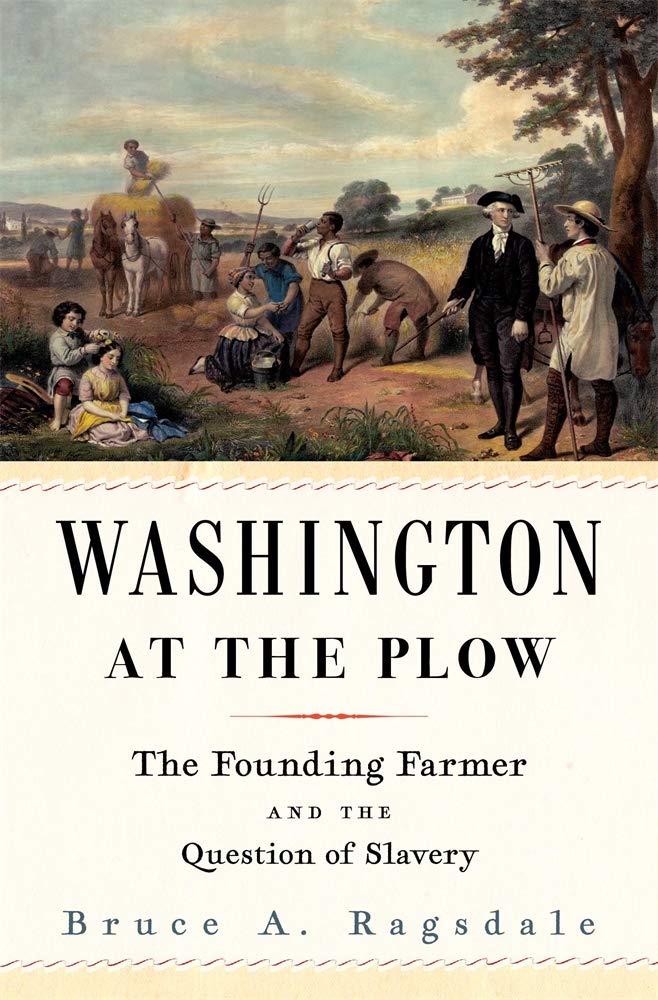 Bruce A. Ragsdale has been awarded the 2022 George Washington Prize for his work Washington at the Plow: The Founding Farmer and the Question of Slavery. The annual award recognizes the past year’s best works on the nation’s founding era, especially those that have the potential to advance a broad public understanding of early American history.

Ragsdale said about the award, “The George Washington Prize is the greatest recognition I could receive for my book on Washington as a farmer and an enslaver. I am especially honored and gratified to follow the notable historians who have won this prize in the past. My book examines the ways in which Washington’s commitment to innovative farming shaped the demands he made of enslaved laborers and ultimately contributed to his decision to emancipate the enslaved in his will, and I hope that my study of Washington’s reckoning with slavery in the years following independence will contribute to public understandings of the contradictions of slavery and liberty in the founding era.”

“We can’t understand the founding of our nation without getting to know George Washington, and you cannot understand the man without studying his great passion—the farming of Mount Vernon. Bruce Ragsdale’s book will be the seminal guide to George Washington’s enthusiastic and innovative approach to American agriculture, which shows our first President and leading General was also the nation’s preeminent farmer,” said Mount Vernon President and CEO, Dr. Douglas Bradburn.

“By honoring the best books on Washington and the founding era, the George Washington Prize not only elevates the work of great historians, it provides teachers, students, and general readers with a guide to the best books about our country’s early history—at a time when we need them more than ever,” said James Basker, President and CEO of the Gilder Lehrman Institute.

As has happened every year since the Prize was created in 2005, an independent jury evaluated between 50 and 100 books published in the past year that explore the history of the American founding era. The five books named as finalists for the Prize are outstanding examples of just how rich and robust this field of study has become.

“At a time when questions about America’s past are so central to discussions of our nation’s present and future, books like these are essential reading,” said Adam Goodheart, Director of Washington College’s Starr Center for the Study of the American Experience.

The 2022 George Washington Prize finalists are (in alphabetical order):

Julie Flavell, The Howe Dynasty: The Untold Story of a Military Family and the Women behind Britain’s Wars for America (Liveright Publishing Corporation, A Division of W.W. Norton & Company)

Jeffrey H. Hacker, Minds and Hearts: The Story of James Otis, Jr. and Mercy Otis Warren (Bright Leaf, Amherst and Boston, an imprint of the University of Massachusetts Press)

Bruce A. Ragsdale, Washington at the Plow: The Founding Farmer and the Question of Slavery (The Belknap Press of Harvard University Press, Cambridge, Massachusetts and London, England)

The announcement of the 2022 winner was made at a ceremony held at Mount Vernon, George Washington’s home in Virginia, on May 25, 2022. The event also recognized past winners, 2021 winner Mary Beth Norton, 1774: The Long Year of Revolution (Knopf) and 2020 winner Rick Atkinson, The British Are Coming: The War for America, Lexington to Princeton, 1775–1777 (Henry Holt and Co.).

More information about the George Washington Prize is available from the Gilder Lehrman Institute and Mount Vernon.