In 1839, seventeen-year-old Hiram Ulysses Grant received an appointment to the United States Military Academy at West Point. It changed the course of his life—and his name. Grant always disliked his first name and was commonly known by his middle name. He wanted to swap his first and middle names when he entered the Academy. However, Congressman Thomas Hamer had submitted Grant’s application to West Point under the name “Ulysses S. Grant.” Hamer knew the boy as Ulysses and, at a loss for his middle name, chose “S” because Grant’s mother’s maiden name was Simpson. 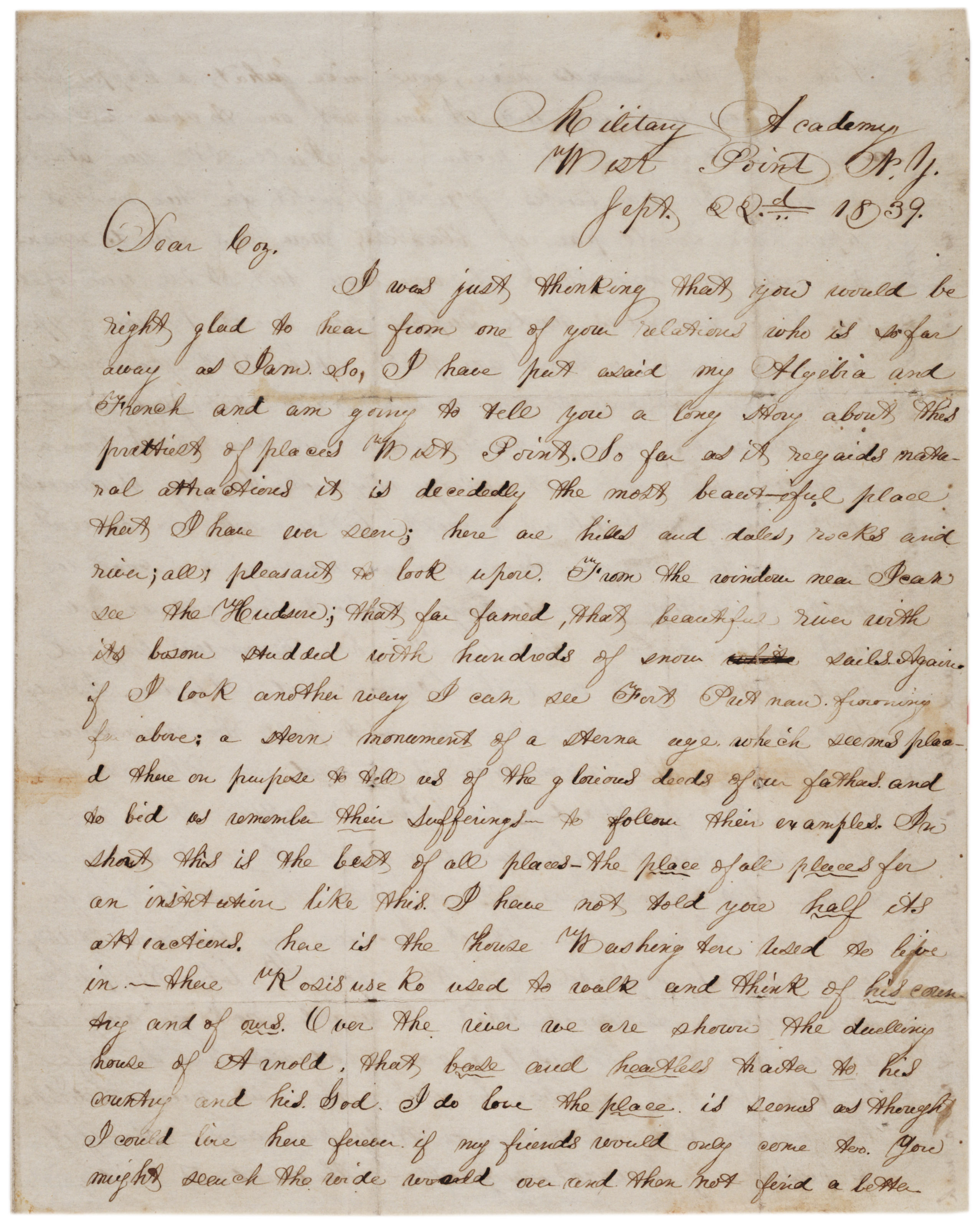 On September 22, 1839, shortly after his arrival at West Point, Cadet Grant wrote a letter to his cousin, R. McKinstry Griffith. In it, Grant revealed his first impressions of West Point, his sense of humor, and a bit of a midwestern dialect. The letter provides insight into the life of a West Point cadet and Grant’s own transition into military life. At the time this letter was written, Grant was still trying to use his given name and signed the letter “U. H. Grant.” However, army bureaucracy prevailed, and he learned to accept his now famous initials, U. S. Grant.

First, I slept for two months upon one single pair of blankets, now this sounds romantic and you may think it very easy, but I tell you what coz, it is tremendous hard. suppose you try it by way of experiment for a night or two. I am pretty shure that you would be perfectly satisfied that is no easy matter, but glad am I, these things are over. we are now in our quarters. I have a spleanded bed and get along very well. Our pay is nominally about twenty eight dollars a month, but we never see one cent of it. if we want any thing from a shoestring to a coat we must go to the commadant of the post and get an order for it or we cannot have it. We have tremendous long and hard lessons to get in both French and Algebra. I study hard and hope to get along so as to pass the examination in January. this examination is a hard one they say, but I am not freyhtened yet. If I am successful here you will not see me for two long years.