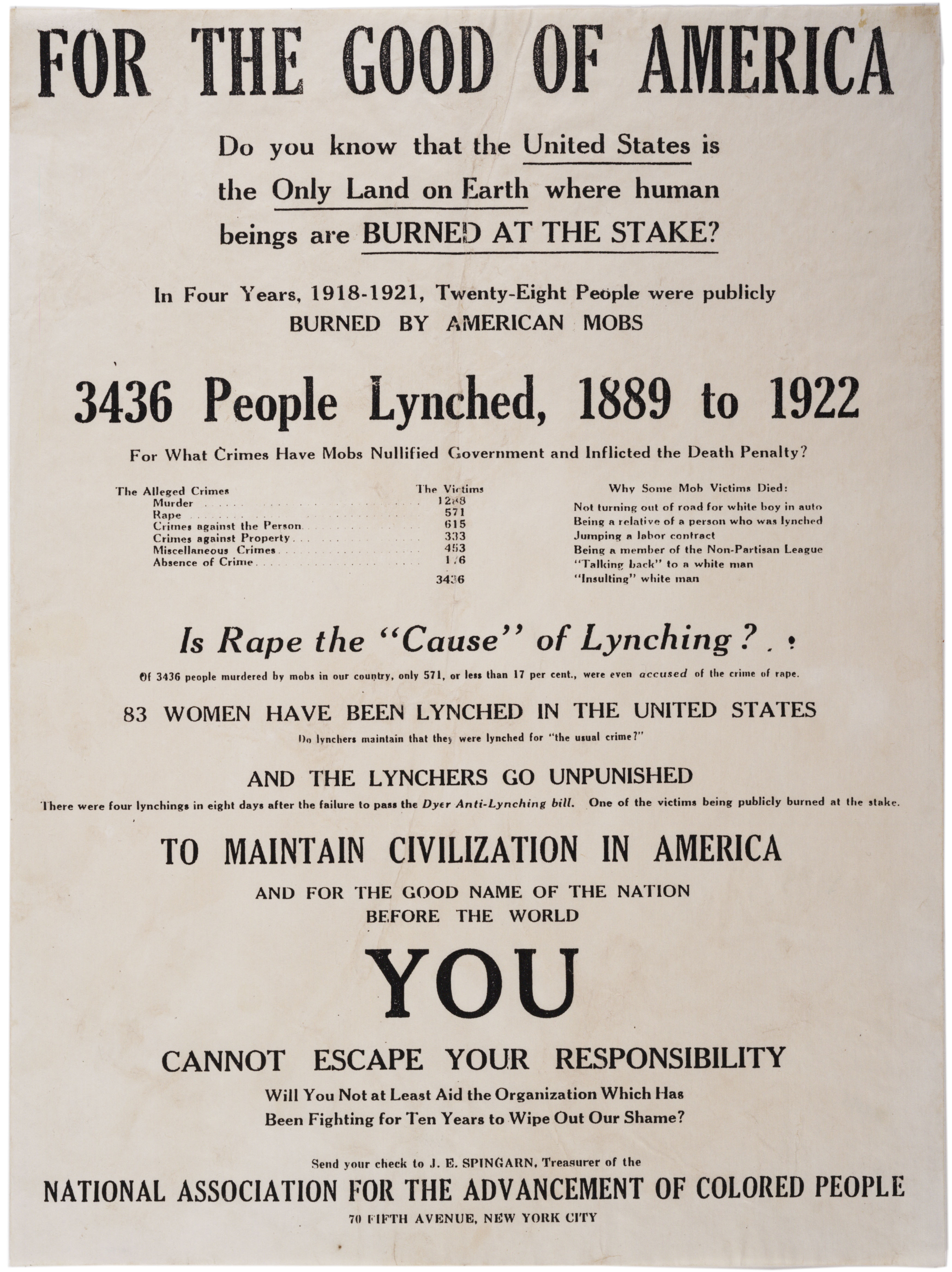 The number of violent acts against African Americans accelerated during the first quarter of the twentieth century. The National Association for the Advancement of Colored People (NAACP) began compiling lynching statistics in 1912, thirty years after the Chicago Tribune and twenty years after the Tuskegee Institute started tracking such crimes. In November 1922, the NAACP ran full page ads in newspapers pressing for the passage of the Dyer Anti-Lynching Bill. Entitled "The Shame of America," the ad laid out the shocking statistics of lynching from 1899 through 1922. The bill was passed by a two-to-one majority in the House of Representatives but was defeated in the Senate. A few years later, the NAACP issued the statistics as a broadside. Entitled "For the Good of America," it encouraged citizens to "aid the organization which has been fighting for ten years to wipe out our shame." Despite the NAACP’s vigorous efforts through the 1930s and the introduction of several subsequent bills, the US Congress never outlawed lynching.

Read the document introduction, view the transcript and images, and apply your knowledge of American history as well as evidence from the document in order to answer the questions that follow.