A Spotlight on a Primary Source by E. G. Renesch and Charles Gustrine 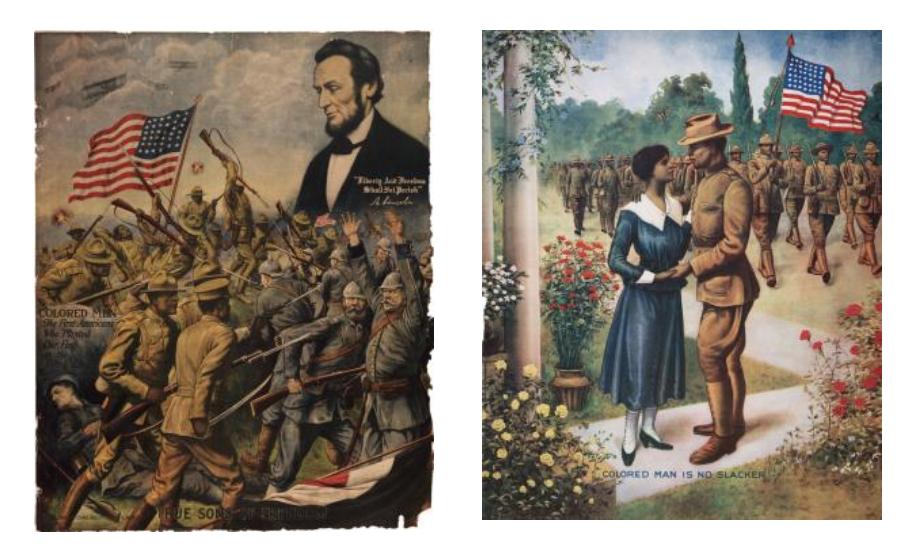 More than 350,000 African Americans, trained and deployed in segregated units, served in the US military during World War I, of whom 42,000 saw action in Europe.

View larger images of the posters.

Read the document introduction and view both images. Then apply your knowledge of American history in order to answer the questions that follow.