A Spotlight on a Primary Source by John Means and R. E. Stanley 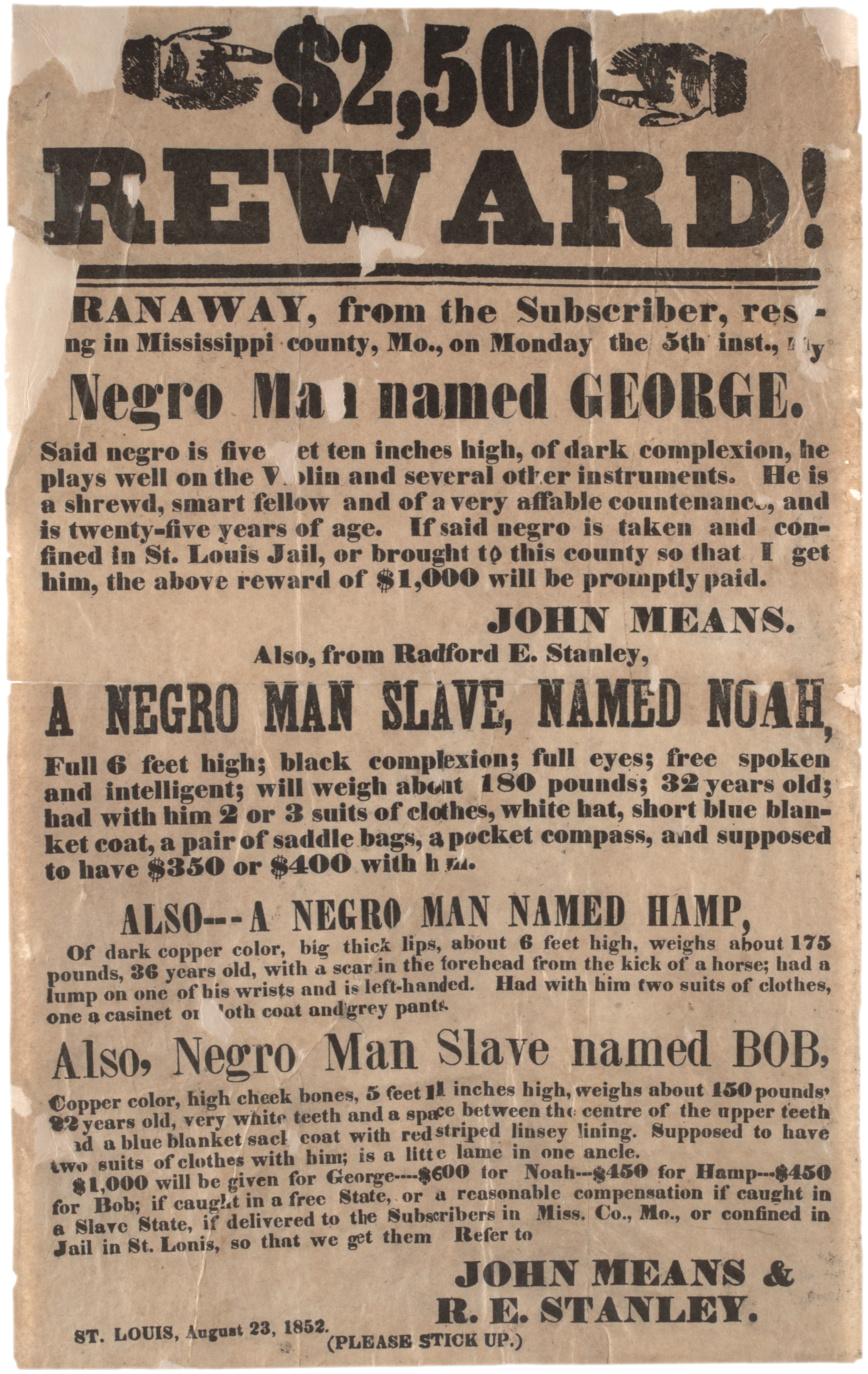 Broadsides and notices posted by slave owners or their agents offer dramatic and concrete evidence of the inhumanity of slavery. Defined as both property and responsible persons by law, slaves were sold with cows, sheep, and furniture. Denied the power to control their own lives or work, slaves ran away. The odds against escape were overwhelming; capture meant harsh punishment.

This runaway slave advertisement, printed as a broadside on August 23, 1852, announces rewards for the return of four Mississippi County, Missouri, slaves. Such an ad would be posted in public places. The notice offers descriptions of the men to aid slave catchers in identifying them. One of the runaways, named George, is called a “shrewd, smart fellow” who “plays well on the Violin.” The youngest of the four men mentioned in this ad, George, if recaptured, was worth more than any of the others at $1,000. The rewards for the return of the four runaways ranged from $450 to $1,000—great sums of money that highlight the value of forced labor to slaveholders.

Carefully examine the entire text of the ad as well as the information in the description. Then apply your knowledge of American history in order to answer the following questions.