A Spotlight on a Primary Source by Sacco-Vanzetti Defense Committee 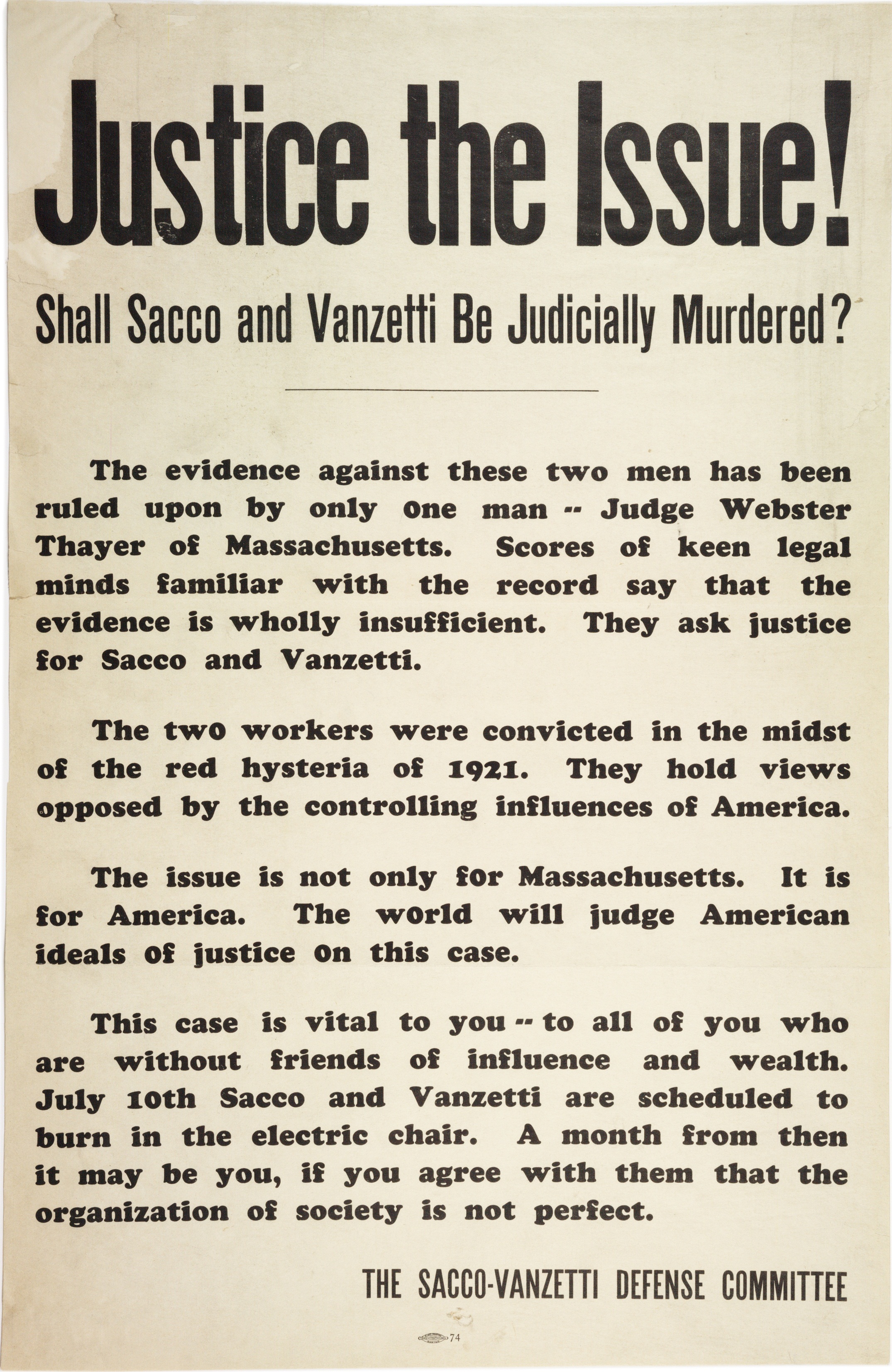 On May 31, 1921, Nicola Sacco, a 32-year-old shoemaker, and Bartolomeo Vanzetti, a 29-year-old fish peddler, went on trial for murder in Boston. More than a year earlier, on April 15, 1920, a paymaster and a payroll guard had been killed during a payroll heist in Braintree, Massachusetts, near Boston. Three weeks later, Sacco and Vanzetti were charged with the crime.

Many Americans found the evidence against the men flimsy and believed that they were being prosecuted for their immigrant background and their radical political beliefs. This broadside, published by the Sacco-Vanzetti Defense Committee, articulates the reasons for the pair’s persecution: "The two workers were convicted in the midst of the red hysteria of 1921. They hold views opposed by the controlling influences of America." Sacco and Vanzettti were both Italian immigrants and avowed anarchists who advocated the violent overthrow of capitalism. It was the height of the post–World War I Red Scare, and the atmosphere was seething with anxieties about Bolshevism, aliens, domestic bombings, and labor unrest.

Sacco and Vanzetti trial were convicted of murder on July 14, 1921. In June 1927, responding to public criticism of the trial and verdict, a committee was appointed by the governor of Massachusetts to review the trial’s fairness. The committee, which included Abbott Lawrence Lowell, the president of Harvard University, determined that the trial had been fair, and the men were electrocuted on August 23, 1927. 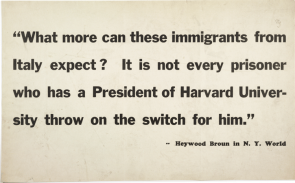 Their execution divided the nation and produced an uproar in Europe. Newspaper columnist and Harvard alumnus Heywood Broun criticized the execution and the trial committee’s findings. Broun’s opinion about the Sacco and Vanzetti case is the focus of this broadside, printed just after the executions: "What more can these immigrants from Italy expect? It is not every prisoner who has a President of Harvard University throw on the switch for him."

Read the document introduction and view the image. Then apply your knowledge of American history in order to answer the questions that follow.