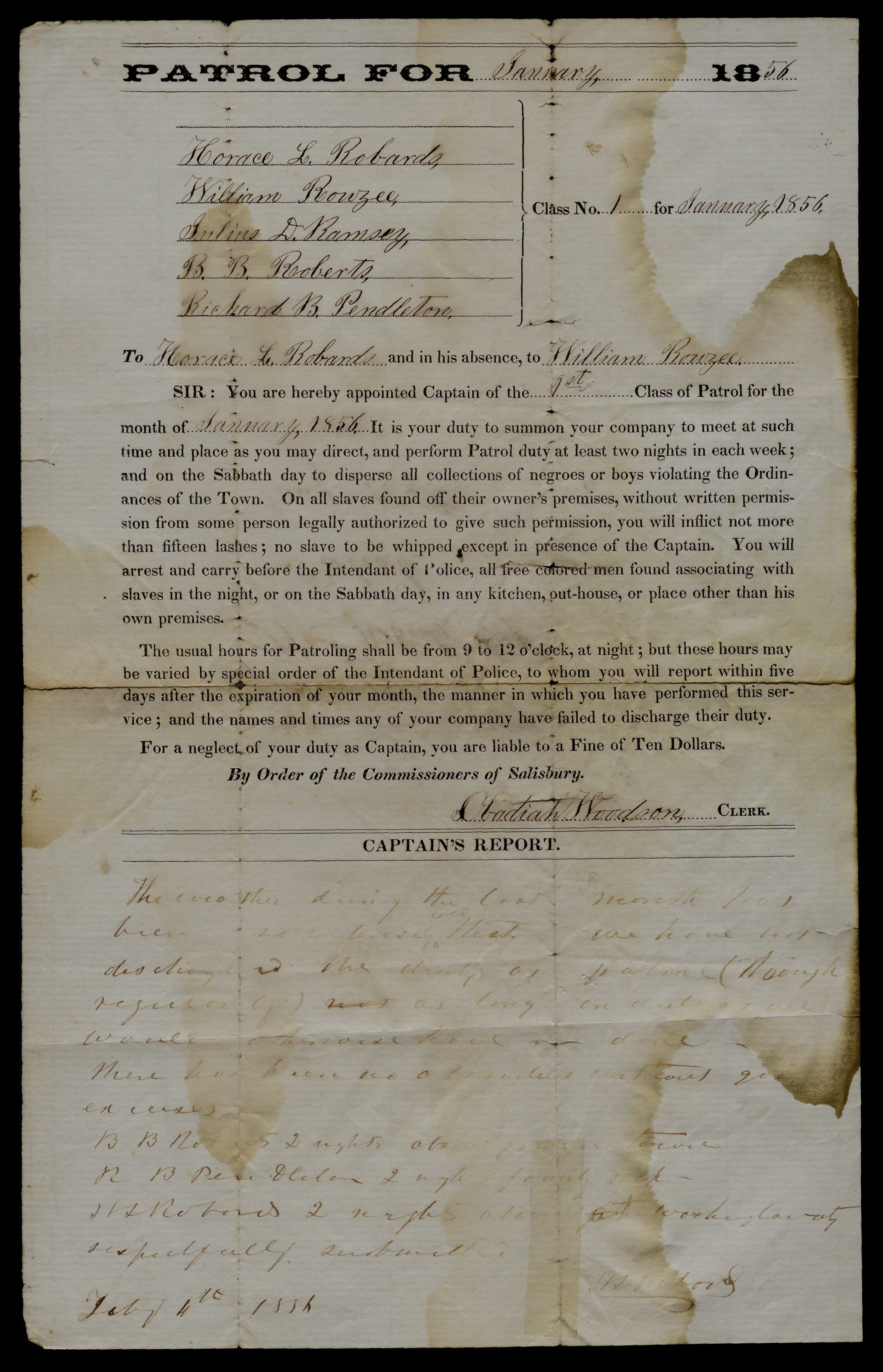 In the 1800s, particularly after Nat Turner’s rebellion in 1831, the legislatures of slave states passed increasingly strict laws governing the activities of enslaved and free African Americans and the interactions between whites and blacks. Known as slave codes, the laws generally restricted the right of enslaved African Americans to travel, assemble, marry, practice religion, and learn to read and write. Those free blacks who were allowed to stay in a slave state also saw their rights curtailed.

It was left up to local communities to enforce those laws. White men (both slaveholders and non-slaveholders) were assigned to patrols and charged with ensuring compliance with the slave codes.

This contract appoints Horace L. Robards captain of a slave patrol in Salisbury, North Carolina, for the month of January 1856, and outlines the responsibilities of the patrol. The men had to patrol two nights each week from 9 p.m. to midnight and on Sunday. The instructions also address some of the specific problems they might encounter and the punishment they could assign.

On all slaves found off their owner’s premises, without written permission from some person legally authorized to give such permission, you will inflict not more than fifteen lashes; no slave to be whipped except in presence of the Captain. You will arrest and carry before the Intendant of Police, all free colored men found associating with slaves in the night, or on the Sabbath day, in any kitchen, out-house, or place other than his own premises.