A soldier’s reaction to the death of Franklin Delano Roosevelt, 1945 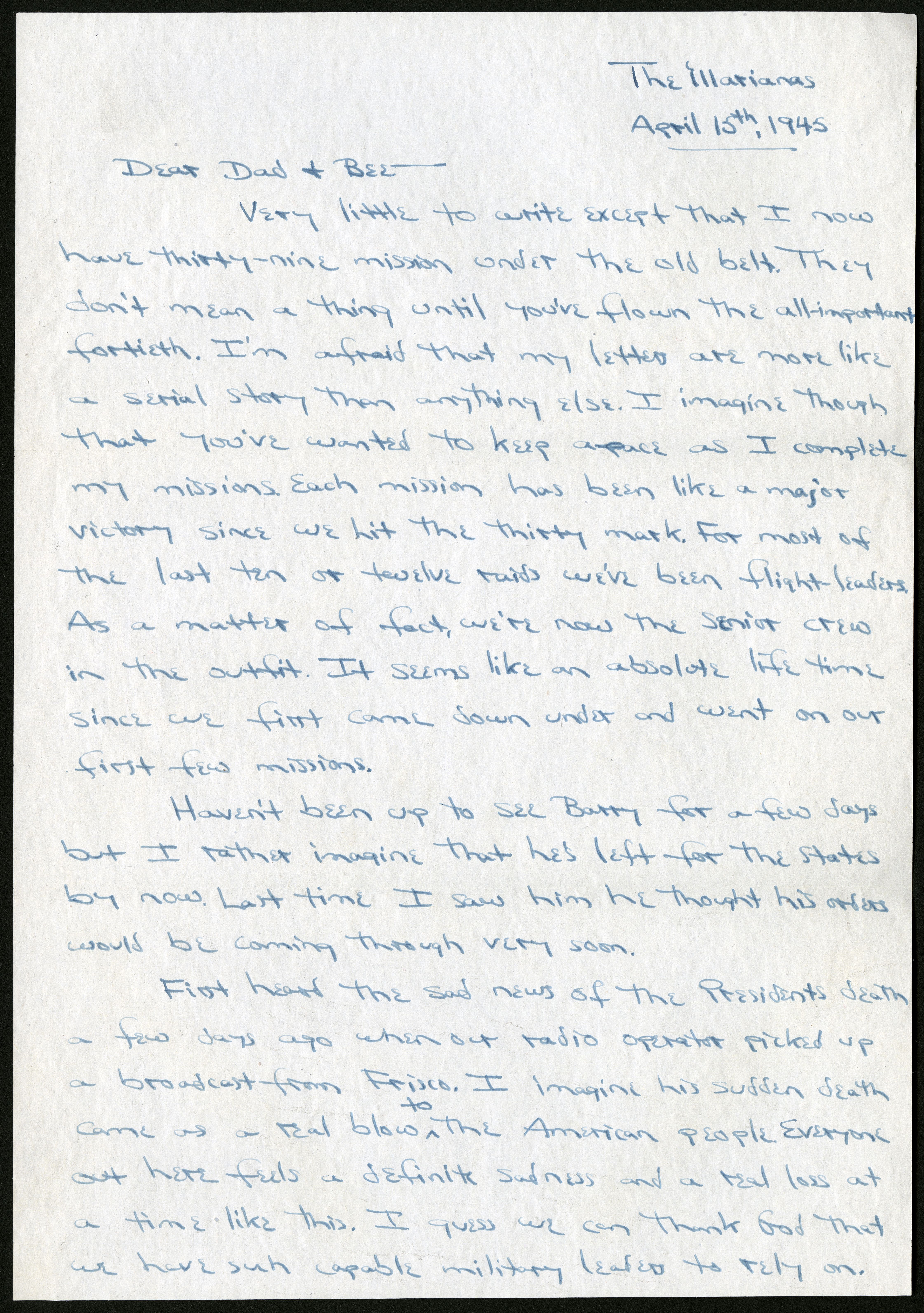 On April 12, 1945, President Franklin Delano Roosevelt died from a cerebral hemorrhage in Warm Spring, Georgia. He was sixty-three years old, had been elected to four terms, and served as president for twelve years. For many American servicemen, Roosevelt had been in office for nearly half their lives.

Roosevelt’s death was mourned across the country and around the world. As the train carrying Roosevelt’s body traveled to Washington DC for burial, hundreds of thousands of Americans gathered to pay their respects. Yet even as the nation collectively mourned its beloved president, Americans wondered what kind of president Harry S. Truman would be. It was the first time in the history of the United States that a new president took office during a time of war

Written on April 15, 1945, Lieutenant Stone’s letter to his parents reflects the feelings of the nation.

Excerpt from a letter from Robert L. Stone to Jacob Stone and Beatrice Stone, April 15, 1954

First heard the sad news of the Presidents death a few days ago when our radio operator picked up a broadcast from Frisco. I imagine his sudden death came as a real blow to the American people. Everyone out here feels a definite sadness and a real loss at a time like this. I guess we can thank God that we have such capable military leaders to rely on. Most of us are wondering what kind of a fellow Truman will be as president. Will he be kicked around like a rubber ball or will he assert himself in the right direction? I imagine only time will tell.