A Spotlight on a Primary Source by Wayne B. Wheeler

After more than a century of activism, the temperance movement achieved its signal victory with the ratification of the Eighteenth Amendment to the US Constitution in 1919. The amendment abolished "the manufacture, sale, or transportation of intoxicating liquors," and provided for "concurrent" federal and state authority to enforce the ban. It was controversial from its inception: it did not define "intoxicating liquors," it did not specifically forbid the purchase of alcohol, it established "concurrent" state and federal enforcement but did not provide any means for enforcement, and its constitutionality was in question. 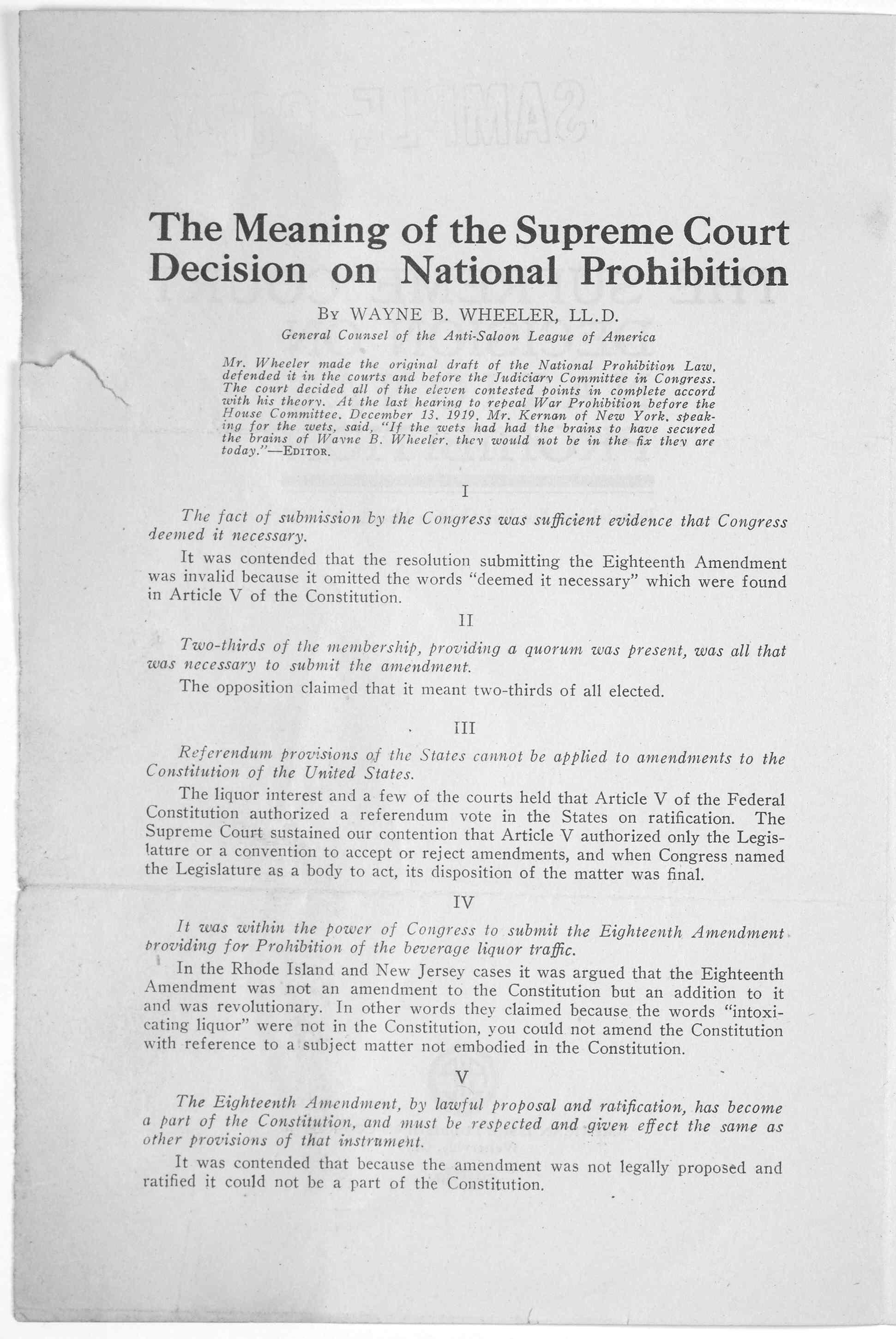 To provide for enforcement of the amendment, a powerful lobbying group called the Anti-Saloon League, led by its top lawyer, Wayne B. Wheeler, devised the National Prohibition Act, also known as the Volstead Act. Though the law’s wording was confusing, it defined intoxicating liquors as anything over 0.5% alcohol by volume. It also laid the groundwork for federal and state responsibility to prosecute violators. President Woodrow Wilson’s veto of the law was swiftly overridden by Congress in October 1919. The constitutionality of the new law and the amendment itself were challenged in a series of legal cases that were brought before the US Supreme Court as the National Prohibition Cases (1920). In this document, Wheeler reviewed the meaning of the Court’s decision to uphold the law:

The decision will go down in history as one of the great judicial landmarks in the progress of our civilization. There will be an effort in Congress and in the State Legislatures to nullify the law, and we will meet the practical problem of law enforcement for years to come, but this decision will be the judicial foundation upon which prohibition will rest through the ages.

Read the introduction and view the image of the pamphlet. Then apply your knowledge of American history to answer the following questions: