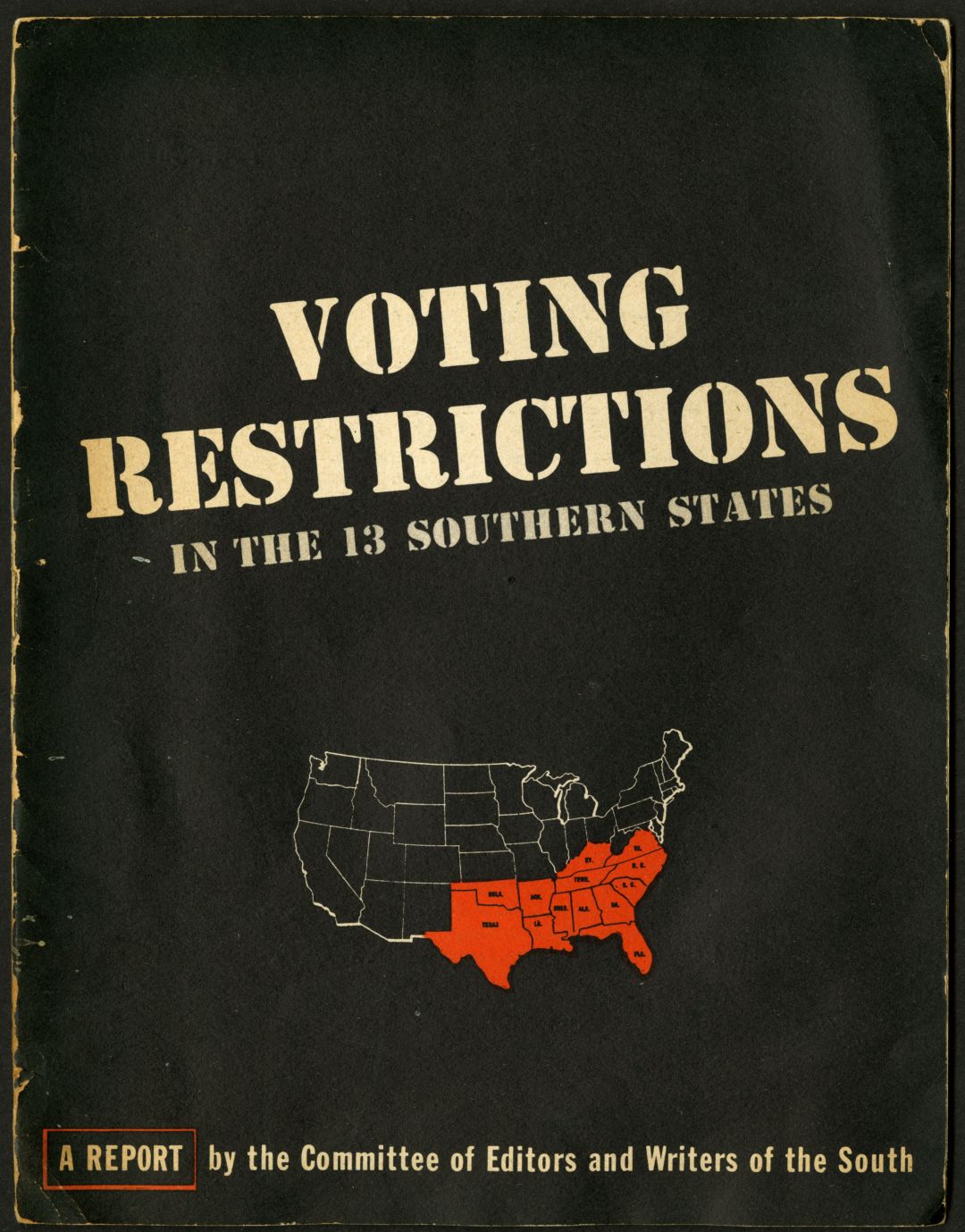 In 1944 a group of southern editors and writers documented cases of voter suppression in southern states. They took this step because, in the presidential election of 1944, only 28 percent of potential voters in the South participated, as opposed to 62 percent in the rest of the country. Their findings, compiled in Voting Restrictions in the 13 Southern States, drew attention to the methods used to deprive African Americans of the vote. 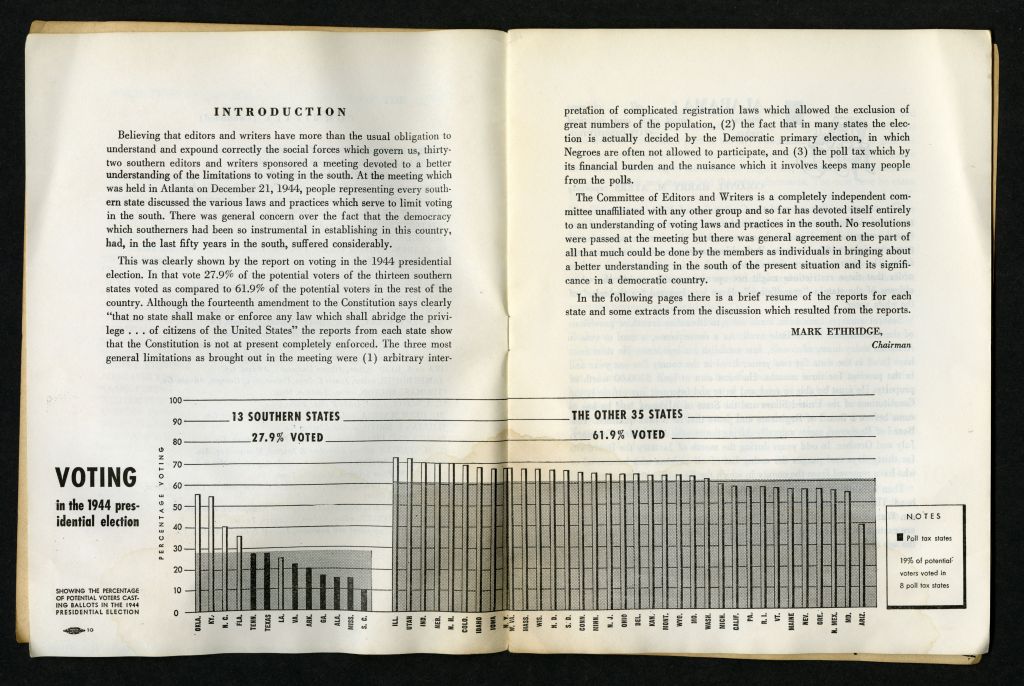 The reports on North Carolina and Mississippi featured in the pamphlet demonstrate different aspects of voter suppression. In North Carolina, although the state constitution says, “All men are created equal,” a prominent Black community member in Black Mountain was told that “if he registered, he would lose his job and would have to leave the town. As a consequence, no Negroes voted in the community.” However, registrars were paid for each person who registered in North Carolina, providing an incentive to allow more people to participate. In Mississippi, the state with the lowest income per capita, all voters had to pay a two-dollar poll tax and present their receipt in order to vote. Literacy tests restricted many voters and placed a great deal of authority in the hands of registrars, who could discriminate against voters they did not deem literate.

Now, as for the matter of interpreting the Constitution - reading and writing an article of the Constitution - there was one Negro friend of mine who lived in the western part of the city who tried several years ago to gain the right and privilege of voting and he had been debarred every year because he couldn’t, according to the Board of Registrars, interpret the Constitution. So he went back and memorized the entire document. The next time he came before the Board, he knew more about the Constitution than the Board itself. This Negro man had also lived in the county for the sufficient length of time and he owned property. But the Board has very liberal privileges under the law that says in Section 53 of the state code: “The Board of Registrars may make such rules and regulations as it deems proper for the receipt of applications for registration and the accomplishing in as expedient a manner as possible the regulation of those entitled to register, but no person shall be registered until the majority of the Board of Registrars has passed favorably upon the personal qualifications.”