Historical Context: Facts about the Slave Trade and Slavery 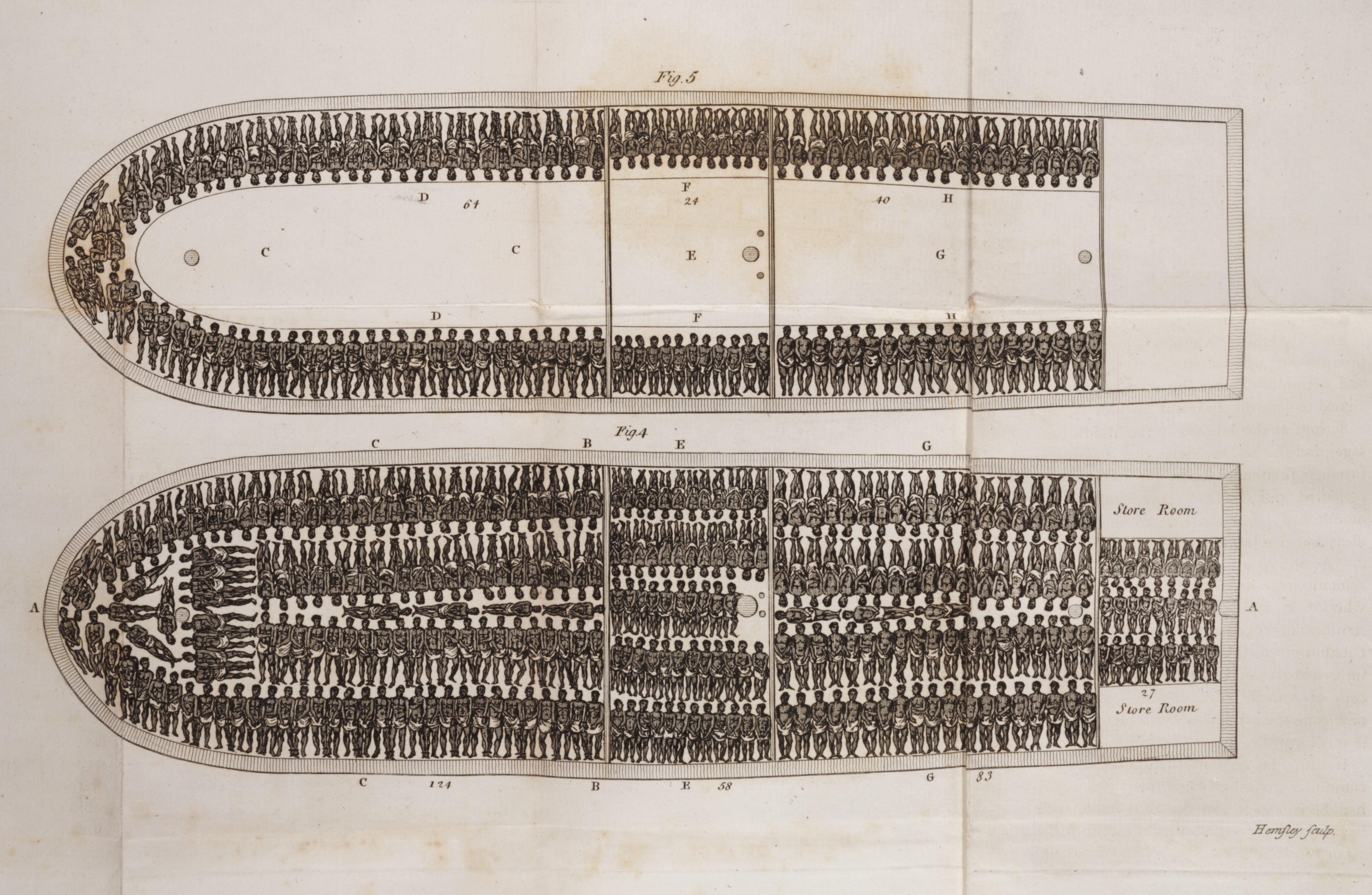 Over the period of the Atlantic Slave Trade, from approximately 1526 to 1867, some 12.5 million captured men, women, and children were put on ships in Africa, and 10.7 million arrived in the Americas. The Atlantic Slave Trade was likely the most costly in human life of all long-distance global migrations.

The first Africans forced to work in the New World left from Europe at the beginning of the sixteenth century, not from Africa. The first voyage carrying enslaved people direct from Africa to the Americas probably sailed in 1526.

The number of people carried off from Africa reached 30,000 per year in the 1690s and 85,000 per year a century later. More than eight out of ten Africans forced into the slave trade crossed the Atlantic between 1700 and 1850. The decade 1821 to 1830 saw more than 80,000 people a year leaving Africa in slave ships. Well over a million more—one-tenth of those carried off in the slave trade era—followed within the next twenty years.

The majority of enslaved Africans brought to British North America arrived between 1720 and 1780.

Well over 90 percent of enslaved Africans were sent to the Caribbean and South America. Only about 6 percent of African captives were sent directly to British North America. Yet by 1825, the US population included about one-quarter of the people of African descent in the Western Hemisphere.

The Middle Passage was dangerous and horrific. The sexes were separated; men, women, and children were kept naked, packed close together; and the men were chained for long periods. About 12 percent of those who embarked did not survive the voyage.

US SLAVERY COMPARED TO SLAVERY IN THE AMERICAS

In the Caribbean, Dutch Guiana, and Brazil, the enslaved death rate was so high and the birth rate so low that they could not sustain their population without importations from Africa. Rates of natural decrease ran as high as 5 percent a year. While the death rate of the US enslaved population was about the same as that of Jamaican enslaved persons, the birth rate was more than 80 percent higher in the United States.

There were few instances in which enslaved women were released from field work for extended periods during slavery. Even during the last week before childbirth, pregnant women on average picked three-quarters or more of the amount normal for women.

Infant and child mortality rates were twice as high among enslaved children as among southern White children. Half of all enslaved infants died in their first year of life. A major contributor to the high infant and child death rate was chronic undernourishment.

Most infants of enslaved mothers were weaned within three or four months. Even in the eighteenth century, the earliest weaning age advised by doctors was eight months.

After weaning, enslaved infants were fed a starch-based diet, consisting of foods such as gruel, which lacked sufficient nutrients for health and growth.

Enslaved persons suffered a variety of miserable and often fatal maladies due to the Atlantic Slave Trade, and to inhumane living and working conditions.

Diarrhea, dysentery, whooping cough, and respiratory diseases as well as worms pushed the infant and early childhood death rate of enslaved children to twice that experienced by White infants and children.

The domestic slave trade in the US distributed the African American population throughout the South in a migration that greatly surpassed the Atlantic Slave Trade to North America.

Though Congress outlawed the African slave trade in 1808, domestic slave trade flourished, and the enslaved population in the US nearly tripled over the next fifty years.

The domestic trade continued into the 1860s and displaced approximately 1.2 million men, women, and children, the vast majority of whom were born in America.

To be “sold down the river” was one of the most dreaded prospects of the enslaved population. Some destinations, particularly the Louisiana sugar plantations, had especially grim reputations. But it was the destruction of family that made the domestic slave trade so terrifying.

Prices of enslaved persons varied widely over time, due to factors including supply and changes in prices of commodities such as cotton. Even considering the relative expense of owning and keeping an enslaved person, slavery was profitable.

In order to ensure the profitability of enslavement and to produce maximum “return on investment,” slaveholders generally supplied only the minimum food and shelter needed for survival, and forced their enslaved persons to work from sunrise to sunset.

Although young adult men had the highest expected levels of output, young adult women had value over and above their ability to work in the fields; they were able to have children who by law were also enslaved by the owner of the mother. Therefore, the average price of enslaved females was higher than their male counterparts up to puberty age. Men around the age of 25 were the most “valuable.”

Slaveholding became more concentrated over time, particularly as slavery was abolished in the northern states. The fraction of households owning enslaved persons fell from 36 percent in 1830 to 25 percent in 1860.

During the Civil War, roughly 180,000 Black men served in the Union Army, and another 29,000 served in the Navy. Three-fifths of all Black troops were formerly enslaved.

The Interesting Narrative of the Life of Olaudah Equiano, Or Gustavus Vassa, The African (1789)

Special thanks to Steven Mintz, University of Texas at Austin