Alexander Hamilton, Hero of Yorktown: On This Day, October 14 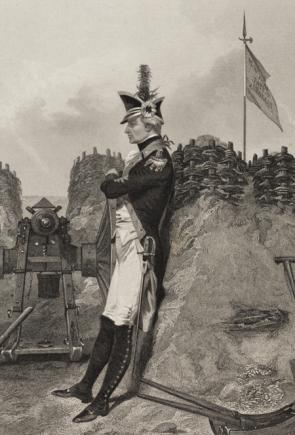 In 1769, Alexander Hamilton, an ambitious young clerk in St. Croix, wrote to a friend that "I . . . would willingly risk my life, tho not my Character, to exalt my station. . . . I wish there was a war." Seven years later, he was a soldier in the American Revolution and soon came to the attention of George Washington. Although Hamilton gained a position of respect as Washington’s aide-de-camp, he never lost his conviction that he could only attain the glory he sought through a field command. Washington finally consented, and Hamilton led the men who successfully stormed Redoubt 10 at the Siege of Yorktown, Virginia, on October 14, 1781.

View a detail of a map of the Siege of Yorktown where Redoubt 10 is marked as "K."