The Banishment of Anne Hutchinson 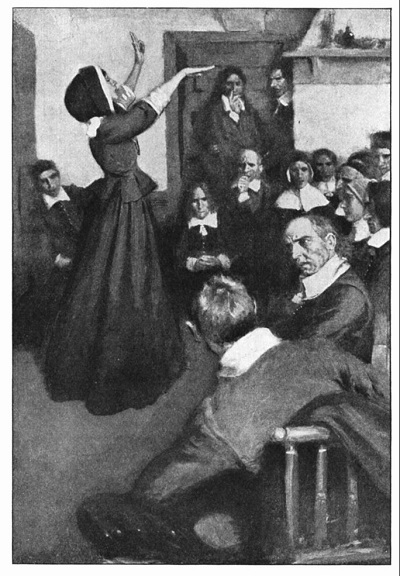 In November 1637, Anne Hutchinson was sentenced to banishment by the Massachusetts Bay Colony, having been declared a "woman not fit for our society."

As a midwife, wife, and mother of fifteen children, Hutchinson was held in high esteem by the Boston community. Governor John Winthrop recalled that she conducted herself "in the way of righteousness and kindness" and that "she had in a short time insinuated her self into the Hearts of much of the people."

Hutchinson began to hold meetings for growing numbers of women and men, in which she discussed her own interpretation of the church’s teachings. Although it was common, and even encouraged, for congregants to meet outside of church to discuss scripture, Hutchinson was one of several individuals who began to stray from the strict puritan views on Christianity. In doing so, she attracted the ire of the colony’s leaders and clergy, who viewed her as a threat to their authority.

Hutchinson, her husband, and their children left Massachusetts for a new colony in Rhode Island led by Roger Williams, a fellow religious dissident who had been banished a year earlier.