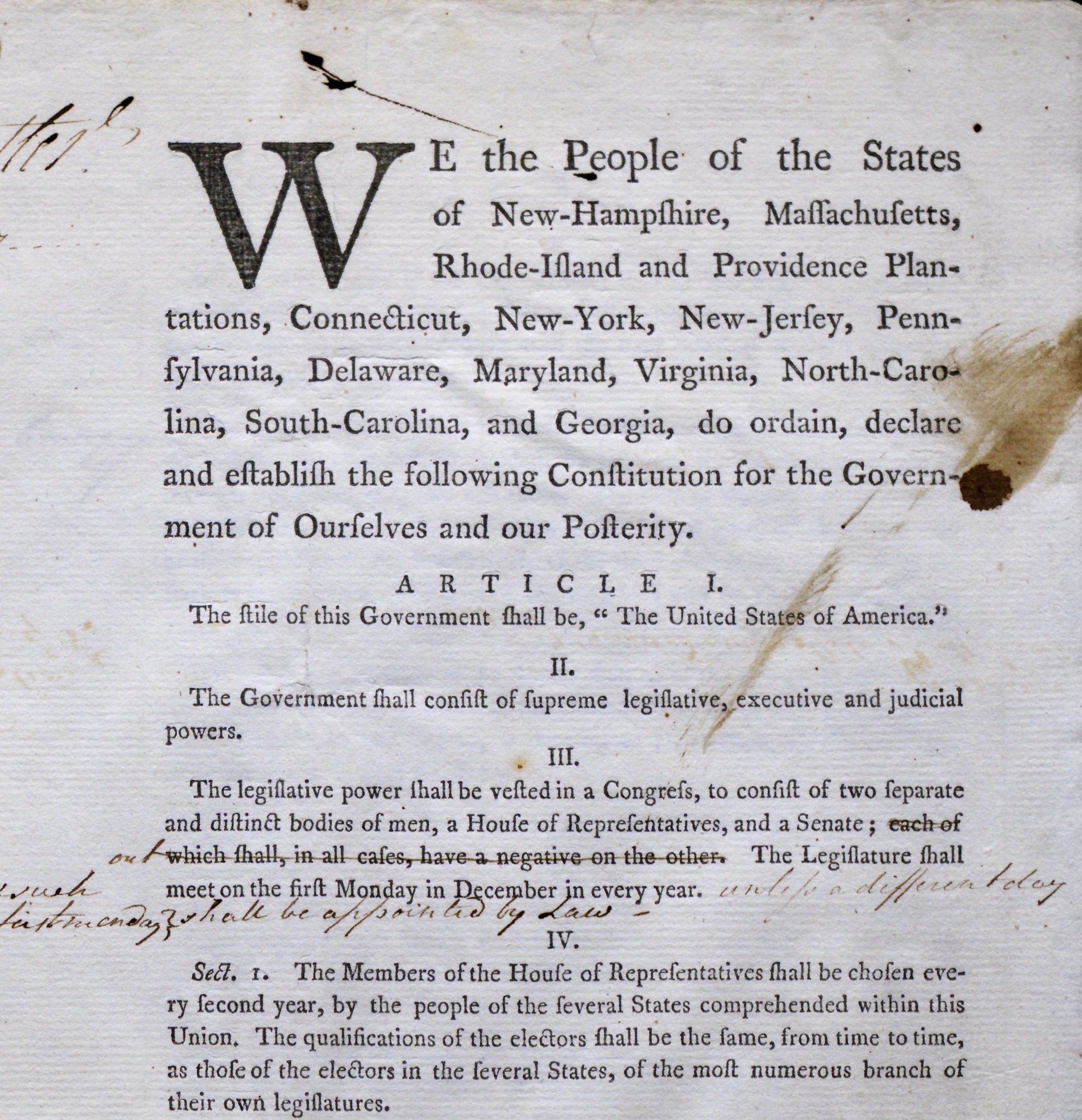 The United States has the oldest written national framework of government in the world. The US Constitution is a dynamic document that has inspired debate since its inception, has been used to justify and later correct deplorable practices, and lives on through wars; technological innovations; political, social, and cultural changes; and other tests of its merits and power.

In 2004 Constitution Day, also known as Citizenship Day (and formerly known as I Am an American Day), was federally mandated as a day for all schools in the United States that get federal funding to provide programs on the history of the Constitution. Today, it is more important than ever for all Americans to know about and understand the origins, evolution, and implementation of the country’s founding document.

Explore these Gilder Lehrman Institute resources to bring the US Consitution’s creation and expansion to life in your classroom:

“We the People”: Printings of the US Constitution from the Gilder Lehrman Collection

Spotlights on Primary Sources from the Gilder Lehrman Collection

“Two versions of the Preamble to the Constitution, 1787”

“A brawl between Federalists and anti-Federalists, 1788”

Historical Context: The Survival of the US Constitution

Infographic: Differences between Federalists and Anti-Federalists

Lesson Plan: Opposing Viewpoints on the Ratification of the US Constitution

from The Constitution: History Now 13 (Fall 2007) including

“Race and the American Constitution: A Struggle toward National Ideals” by James O. Horton

“Ordinary Americans and the Constitution” by Gary B. Nash

“Why We the People? Citizens as Agents of Constitutional Change” by Linda R. Monk

“Slavery and the Constitution” with James O. Horton

“Federalists vs. Anti-Federalists” with Carol Berkin