Counting Down to Hamilton: Week 1

In exactly one week, the Hamilton Student Education Program launches with its first matinee performance.

This 1804 letter was written by Angelica Schuyler Church, Alexander Hamilton’s sister-in-law and close friend, after Hamilton’s infamous duel with political opponent Aaron Burr. She informs her brother Philip that "General Hamilton was this morning woun[d]ed by that wretch Burr."

In the short, hastily written letter, Church tells her brother, "we have every reason to hope that he will recover." Unfortunately, Hamilton died the following morning, surrounded by family and friends, including his wife Elizabeth Schuyler Hamilton—who endured this "affliction" with "saintlike fortitude." 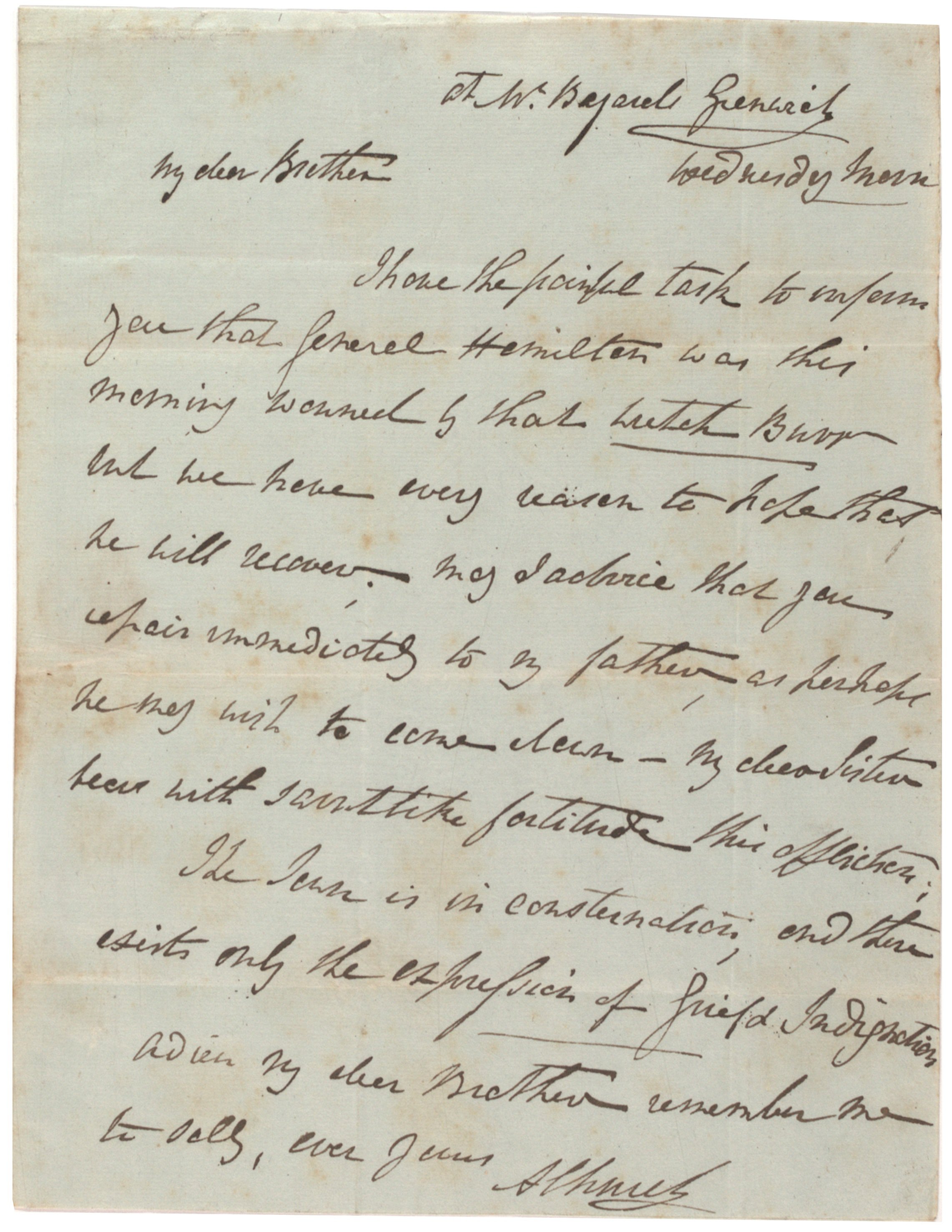 I have the painful task to inform
you that General Hamilton was this
morning woun[d]ed by that wretch Burr
but we have every reason to hope that
he will recover. May I advice that you
repair immediately to my father, as perhaps
he may wish to come down – My dear Sister
bears with saintlike fortitude this affliction;

The Town is in consternation, and there
exists only the expression of Grief & Indignation.

Adieu my dear Brother remember me
to Sally, ever yours