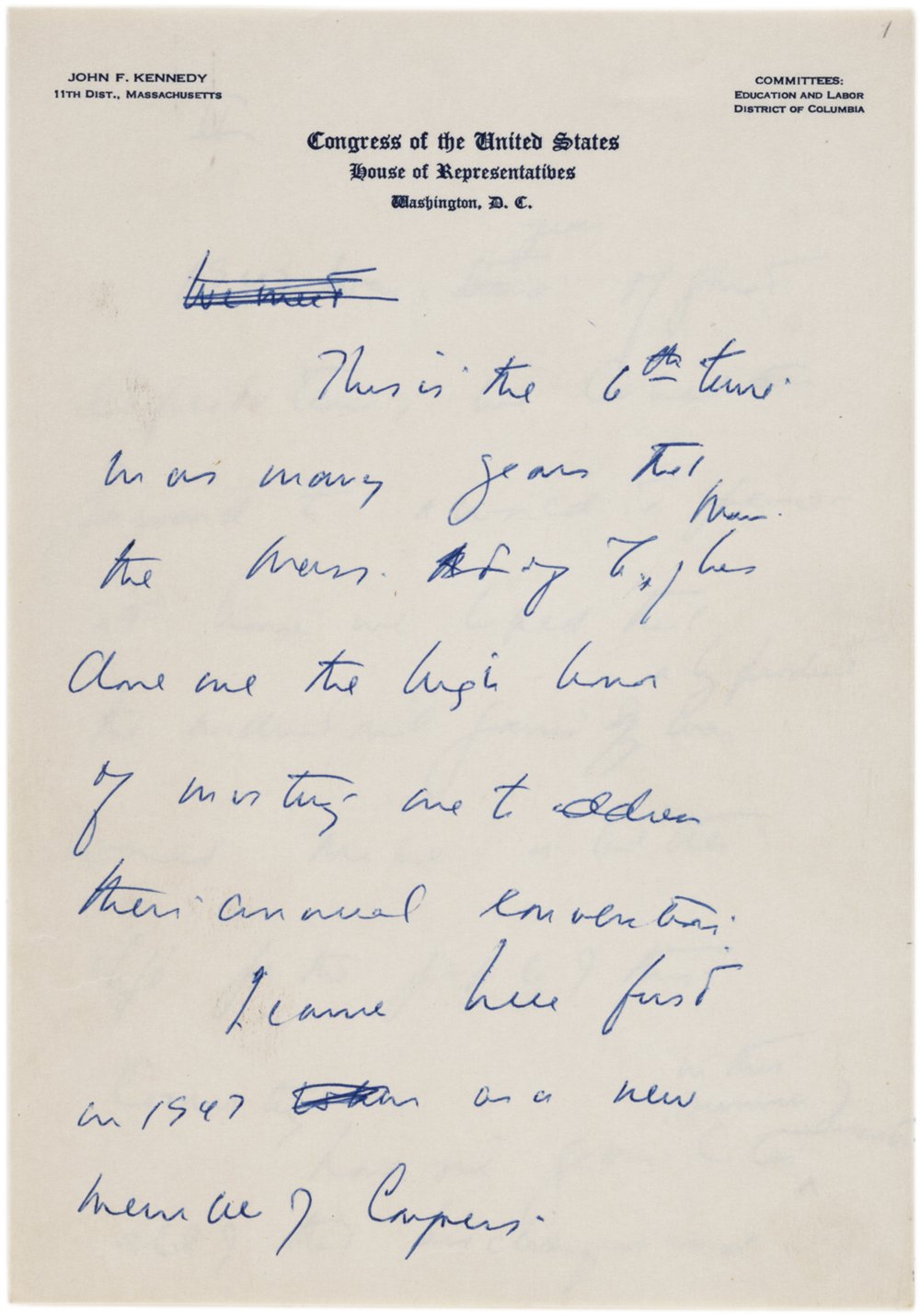 The Path to the White House

Primary Source: Kennedy on the Containment of Communism, 1952

Essay: The Great Debate: Kennedy, Nixon, and Television in the 1960s Race for the Presidency

On November 22, 1963, President John F. Kennedy was assassinated by Lee Harvey Oswald in Dallas, Texas. This Dow Jones News Service ticker tape tells the story of that day as it happened:

You can view a full transcript of the ticker tape here.

Primary Source: Lyndon B. Johnson Proclaims a National Day of Mourning for JFK, 1963

Finished exploring our collection of John F. Kennedy resources? Test your knowledge with our quiz.