Honoring Juneteenth with Documents from the Gilder Lehrman Collection 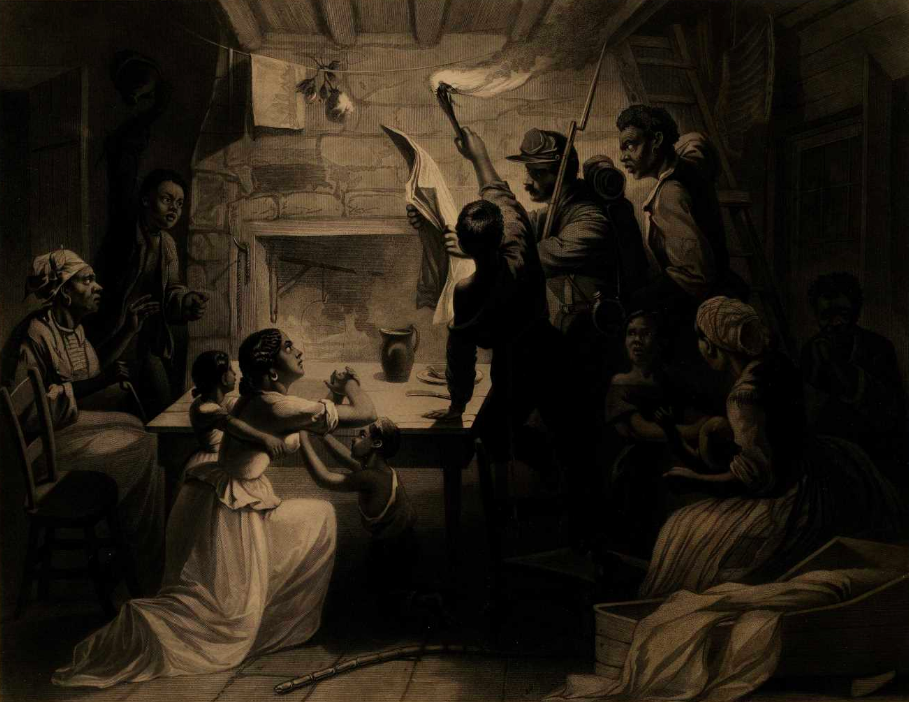 Juneteenth (June 19) commemorates the end of slavery in the United States. On June 19, 1865, Union soldiers led by Major General Gordon Granger landed at Galveston, Texas, with news that the Civil War was over and that enslaved people were free.

The people of Texas are informed that, in accordance with a proclamation from the Executive of the United States, “all slaves are free.” This involves an absolute equality of personal rights and rights of property between former masters and slaves, and the connection heretofore existing between them becomes that between employer and hired labor.

General Order No. 3 came two and a half years after President Lincoln’s Emancipation Proclamation, which had become official on January 1, 1863, and two months after the surrender of Confederate General Robert E. Lee to General Ulysses S. Grant at Appomattox, Virginia.

In his Second Inaugural Address, Lincoln observed that “neither party expected for the war the magnitude or the duration which it has already attained. Neither anticipated that the cause of the conflict might cease with, or even before, the conflict itself should cease. Each looked for an easier triumph, and a result less fundamental and astounding.” A month before, Lincoln had helped usher through the Thirteenth Amendment. 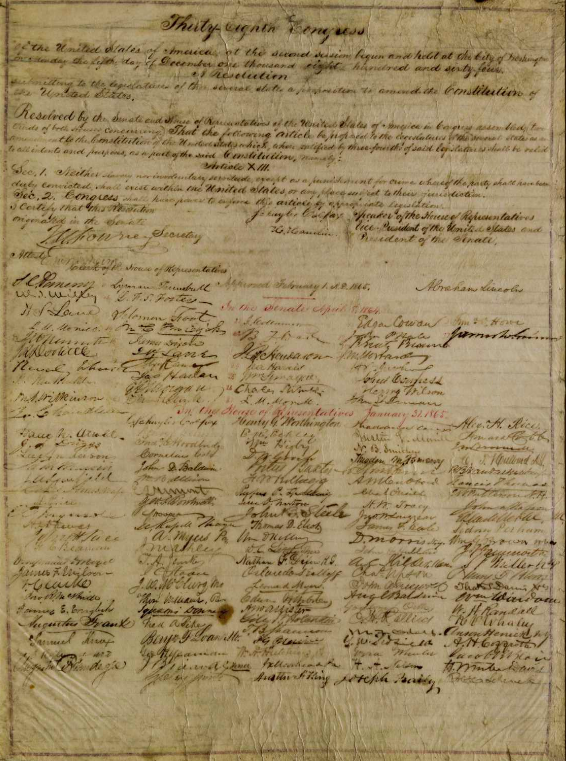 Frederick Douglass on the Emancipation “Fraud”

More than twenty years after the Civil War ended, Frederick Douglass gave a speech in April 1888 entitled “I Denounce the So-Called Emancipation as a Stupendous Fraud” in Washington DC at the celebration of the twenty-sixth anniversary of emancipation in the District of Columbia. Douglass had just returned from a tour of South Carolina and Georgia, where he observed the state of African American life in the South. Among the many powerful statements in the speech, he listed what he wished were true in the South, only to point out that every wish remained unfulfilled:

If my wishes could be allowed to dictate my speech I would tell you something quite the reverse of what I now intend. I would tell you that everything is lovely with the Negro in the South; I would tell you that the rights of the Negro are respected, and that he has no wrongs to redress; I would tell you that he is honestly paid for his labor; that he is secure in his liberty; that he is tried by a jury of his peers when accused of crime; that he is no longer subject to lynch law; that he has freedom of speech; that the gates of knowledge are open to him; that he goes to the ballot box unmolested; that his vote is duly counted and given its proper weight in determining result; I would tell you that he is making splendid progress in the acquisition of knowledge, wealth, and influence; I would tell you that his bitterest enemies have become his warmest friends; that the desire to make him a slave no longer exists anywhere in the South; that the Democratic party is a better friend to him than the Republican party, and that each party is competing with the other to see which can do the most to make his liberty a blessing to himself, and to the country, and the world. But in telling you all this I should be telling you what is absolutely false, and what you know to be false, and the only thing which would save such a story from being a lie would be its utter inability to deceive. (Washington National Republican, April 17, 1888) 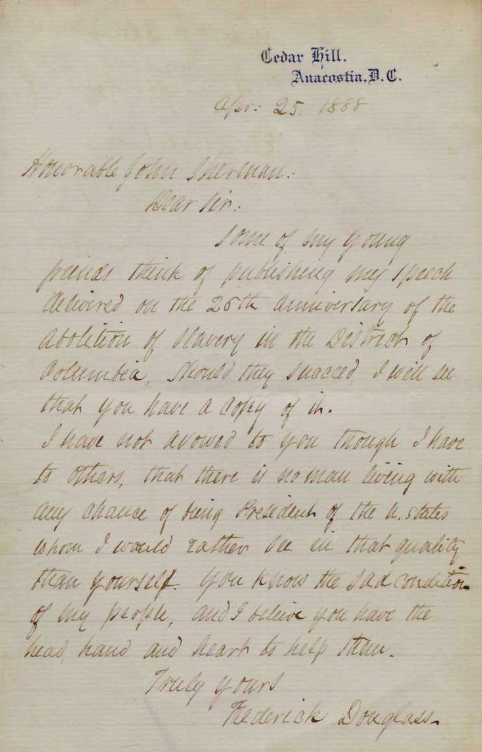 The next week, Douglass wrote to John Sherman, one of the original anti-slavery activists who helped form the Republican Party and a candidate in the upcoming presidential election. Douglass’s letter, now in the Gilder Lehrman Collection, mentions the likelihood that his recent speech will be published. Douglass promised to send Sherman a copy of it, supporting his candidacy. Douglass wrote: “You know the sad condition of my people, and I believe you have the head, hand and heart to help them.”

Booker T. Washington Speaks at the Lincoln Club about the Emancipation Proclamation, February 12, 1909 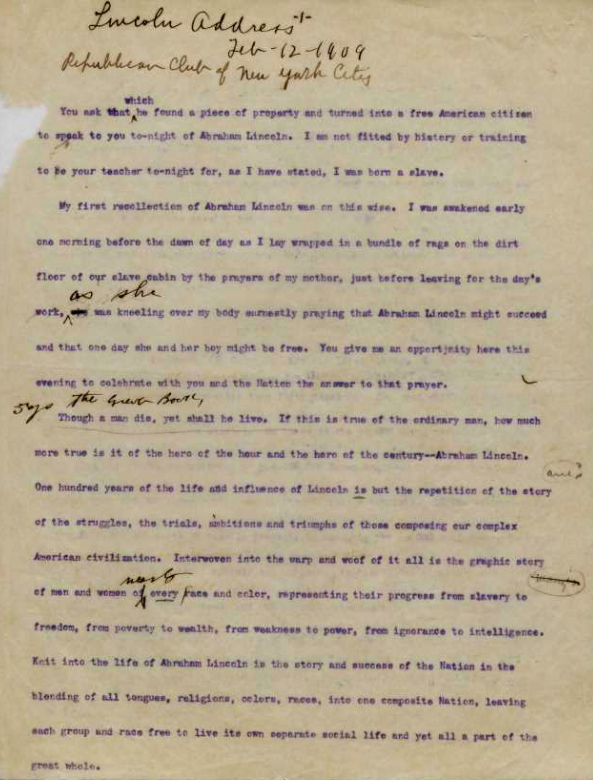 The renowned African American speaker, author, and educator Booker T. Washington spoke at the Republican Club of New York City in 1909 on his experiences as an enslaved person, witnessing his mother’s reaction to Lincoln and the Emancipation Proclamation in 1863. He wrote: “I was born a slave. . . . My first recollection of Abraham Lincoln was on this wise. . . . I was awakened . . . by the prayers of my mother . . . as she was kneeling over my body earnestly praying that Abraham Lincoln might succeed and that one day she and her boy might be free.”

His full speech, with his corrections and notes, is here.