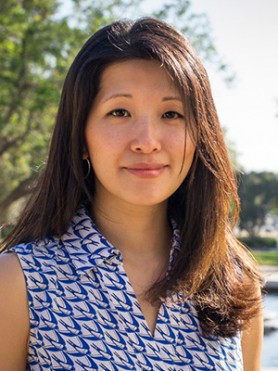 One of the featured writers in the Fall 2018 issue of History Now is Jane Hong, an assistant professor of history at Occidental College in Los Angeles. Her first book, Opening the Gates to Asia: A Transpacific History of How America Repealed Asian Exclusion, will be published in Fall 2019 by the University of North Carolina Press. Hong’s next project explores intersections of race, post-1965 immigration, religion, and partisanship using the history of Asian American evangelicals since the 1970s. We asked her three questions related to her History Now article “The History of US Immigration Laws: What Students Should Know” and the topic of immigration in general.

What does looking at the history of US immigration law do for us today beyond just its academic study?

Looking at history should make us sober but also give us hope. On the one hand, it’s sobering to be reminded that the nativism, racism, and scapegoating we see today is not new. We’ve seen it before, directed against different groups. On the other hand, history reminds us that even the most draconian immigration laws, once enacted, can also be undone. America’s Asian exclusion laws are a good example. Between the 1880s and the 1920s, Congress passed a series of laws excluding Asians from immigrating and naturalizing as US citizens. A different Congress repealed these restrictions later in the twentieth century. The process of repeal took a long time and a lot of work by many groups, but advocates eventually prevailed. Have ANY immigrants EVER been received particularly well? What do we learn from this?

It’s hard to think of an immigrant group that was universally welcomed in America. I initially thought maybe British war brides during World War II, since as white women they were less threatening economically and socially, and their British background meant they spoke English and were more culturally similar to white Americans. But a quick Google search proved me wrong. Apparently, they faced significant opposition too—for example, from their families and US military officials. International adoptees also came to mind, but they had their detractors as well, especially adoptees from Asia and other nonwhite parts of the world. So . . . maybe not.

How do immigration laws relate to public opinion? Do they reflect it, shape it, or act independently of it?

I think it varies by case, but most of the time I think it’s a combination of the first two: immigration laws can both reflect and shape public opinion. Several decades ago, a group of law professors even pioneered a whole field based on this idea. Among other things, critical race theorists are interested in how US immigration laws have shaped Americans’ ideas about race. Two popular arguments that emerged out of this field include 1) US exclusion laws both reflected and reinforced the racialization of Asians as “foreign” or “un-American” in the eyes of many white Americans, and 2) immigration practices and border-regulating policies did the same for Mexicans, racializing them as “illegal.”

No doubt, laws are powerful. Codifying an idea into law can give it a sense of legitimacy that it may or may not warrant. Once something is legitimized by law, people can be disinclined to challenge it, consciously or not. But it is important to remember that laws are human creations, drafted and passed by people with their own motives, backgrounds, and interests. And, as I said before, laws once done can be undone. I think elections are as good a time as any to remember that.

For more from Professor Hong, see her History Now essay “The History of US Immigration Laws: What Students Should Know.”