The manumission of Frederick Douglass

After his escape from slavery in 1838, Frederick Douglass became a well-known orator and abolitionist. In 1845, he wrote an autobiography that increased his influence, but also increased the chances that he would be captured and returned to slavery. Seeking refuge, Douglass went on a speaking tour of Ireland and England to remove himself from immediate danger. In 1846, Anna and Henry Richardson and other English supporters gathered funds and made arrangements to purchase Douglass’s freedom.  On October 6, 1846, Hugh Auld agreed to "take 150 £ sterling for the manumassion [sic] of my slave Frederick Bailey, alias, Douglass – I am prepared to sign such papers or deed of Manumission as will forever exempt him from any claim by any person or persons, in other words the papers will render him entirely & Legally free." 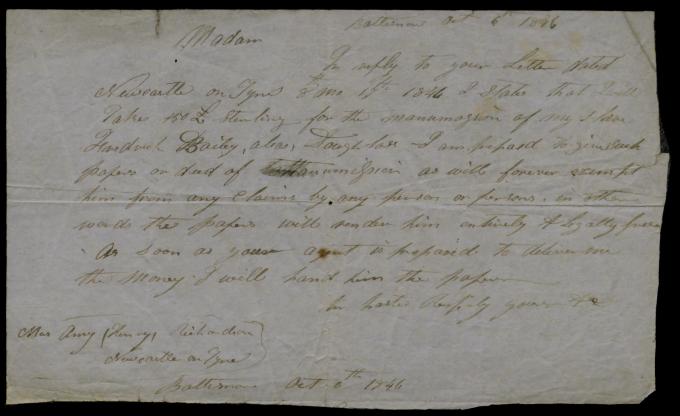 The Richardson's asked Walter Lowrie of New York to broker the deal with Auld. Through Lowrie, they agreed to pay 150 £ or $711.66 and demanded that Auld prove his ownership of Douglass. "As Douglass, it is said was owned at one time by your brother Thomas Auld, Mr. Richardson desires that the evidence of the legal transfer of Douglass to you from Thomas Auld accompany the freedom papers, or that you both join in the Deeds of manumission." 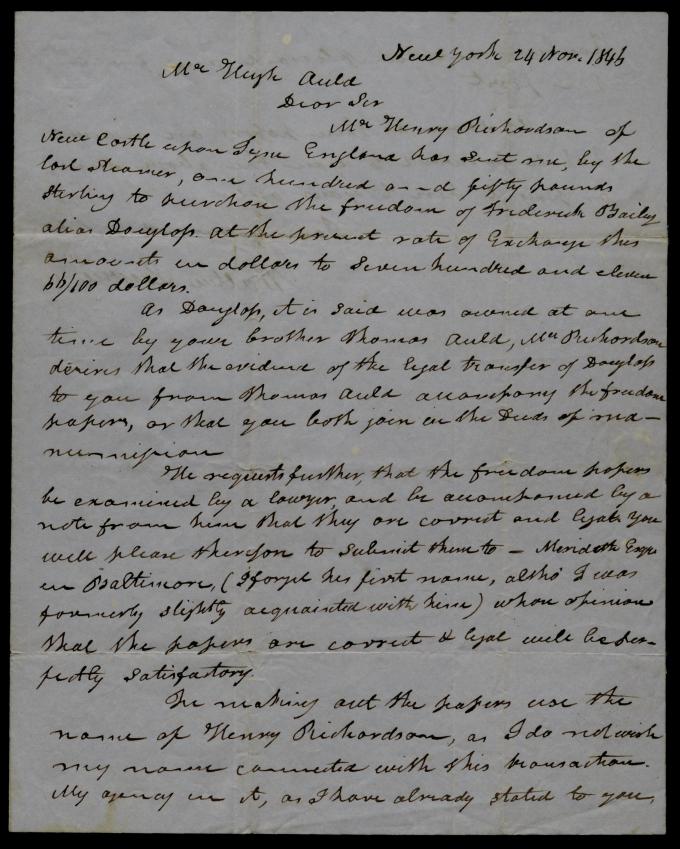 Lowrie directed the paperwork be sent to Baltimore lawyer J. Meredith. We do not know much about Lowrie, but he must have been pleased to distance himself from the transaction. At the end of his letter he writes: "I do not wish my name connected with this transaction. My agency in it, as I have already stated to you, has been an unpleasant one from the first."

As a free man, Frederick Douglass was able to return to the United States and became one of the greatest anti-slavery advocates of his time. For more information Douglass, check out these Gilder Lehrman resources:

Frederick Douglass: From Slavery to Freedom

"The Merits of this Fearful Conflict": Douglass on the causes of the Civil War

Frederick Douglass on the disenfrachisement of black voters, 1888

"I love you but hate slavery": Frederick Douglass to his former owner, Hugh Auld, 1857 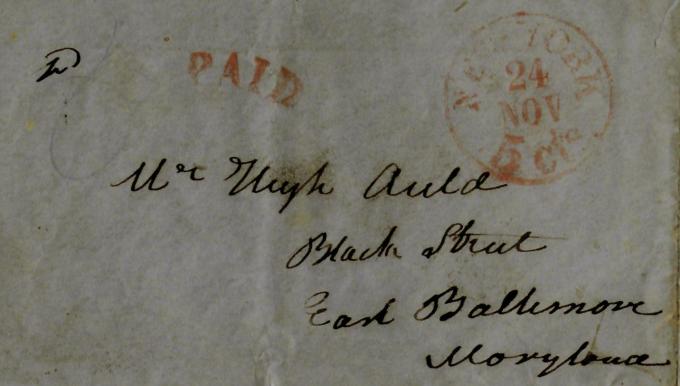