This weekend, our country celebrates the birthday of Martin Luther King, Jr., a Baptist minister and activist who became one of the leaders of the Civil Rights Movement. Throughout his life, which was cut too short by his tragic assassination in 1968, Dr. King played key roles in many of the important events of the Civil Rights Movement. In 1955, he led the Montgomery Bus Boycott, a political and social campaign against segregation on public transportation in Montgomery, Alabama. In 1957, he helped found the Southern Christian Leadership Conference (SCLC), an important civil rights organization dedicated to nonviolent resistance. Dr. King is perhaps best known for his "I Have a Dream" speech, which he delivered at the 1963 March on Washington for Jobs and Freedom. 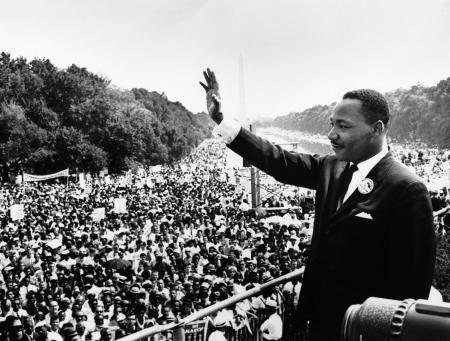 Click here to view the timeline in a separate window.