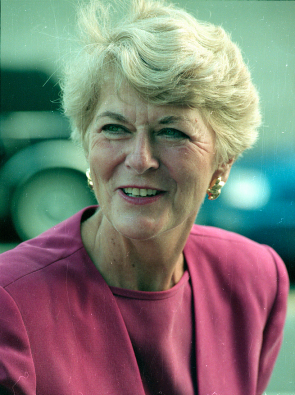 Thirty-two years ago today Walter Mondale made the unprecedented move of selecting a woman as his running mate on the Democratic ticket for the presidency. He chose Geraldine Ferraro, a member of Congress from Queens, New York, and a former district attorney. Ferraro’s opening remarks upon joining the campaign addressed the momentousness of her selection:

When Fritz Mondale asked me to be his running mate he sent a powerful signal about the direction he wants to lead our country. American history is about doors being open, doors of opportunity for everyone no matter who you are, as long as you’re willing to earn it.

There wouldn’t be another woman on a major ticket until Sarah Palin joined John McCain on the Republican ticket in 2008. Eight years later, a woman tops the ticket in the Democratic Party.

Find out more about women in leadership around the world from the United Nations.