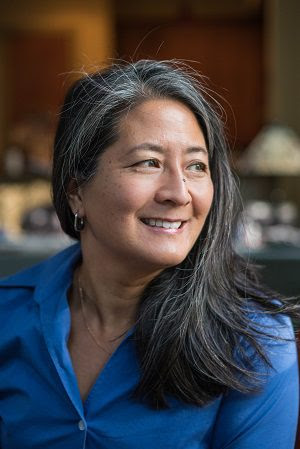 The Pace–Gilder Lehrman MA in American History Program is a fully online, fully accredited, 30-credit degree program. Following the completion of ten 3-credit courses, including the required Historiography and Historical Methods course and Thesis/Capstone course, students are awarded a master’s degree in American history and can participate in the Pace University graduation ceremony in New York City.

Spring 2022 courses are now open for registration. Learn more about the courses, including viewing their syllabi, here.

This course examines Spanish, French, Dutch, and British encounters with Native peoples of North America during the initial centuries of colonization: 1492–1800. The course combines the “Atlantic” approach to early America with a “continental” approach that accords dynamism and agency to Native peoples and enslaved African peoples in their relations with colonizers. The course defines colonial America broadly, extending beyond the British colonies of the North American coast to include New France, New Spain, and the West Indies.

Chinese in the United States

Madeline Hsu, Professor of History, University of Texas at Austin

Considering US history through the lens of Chinese experiences emphasizes the national development of ideas and practices concerning immigration controls, rights to citizenship, multiracial societies, forms of multicultural integration and assimilation, and the relationship of the Constitution to varying conceptions of equality. Chinese as a race were the first targets of enforced immigration restrictions. As such, they have played key roles as the United States determined its powers and priorities in enacting immigration controls and its visions for democracy, along with the underlying racial ideologies and conceptions of national belonging.

This course offers an overview of the history of Chinese in America with an emphasis on Chinese American identity and community formations under the shadow of the Yellow Peril. Using primary documents and secondary literature, we will examine structures of work, family, immigration law, racism, class, and gender in order to understand the changing roles and perceptions of Chinese Americans in the United States from 1847 to the present.

The History of Childhood in America

Steven Mintz, Professor of History, University of Texas at Austin

This course places contemporary educational, legal, policy, and psychological thinking about childhood and current concerns about children’s well-being into a sweeping historical perspective. The course will examine childhood both as lived experience—shaped by such factors as class, ethnicity, gender, geographical region, and historical era—and as a cultural category that adults impose upon children. The class will place a special emphasis on public policy. Adoption, child abuse and neglect, children’s rights, disability, juvenile delinquency, schooling, and social welfare policies are among the policy topics that this course will address.

Making Modern America: Business and Politics in the 20th Century

How has the past century of American history shaped the political and economic landscape of the early twenty-first century? What is the broader context and historical backstory of contemporary political and social movements, business practices, and global flows of people, capital, and ideas? How can we use historical knowledge and the tools of historical analysis to better understand and address present-day challenges? With these questions in mind, this course explores key moments and people in the history of the United States from the end of World War I to the present.

Course organization is both chronological and thematic, performing deep, evidence-based study of particular events and people in recent US history to explore the evolving role of government, grassroots activism and fights for individual and group rights, partisan political change, technology as a product and shaper of society, changing patterns of production and consumption, migration and immigration, financial systems and global markets, and America’s changing role in the world.

The multiple meanings to emerge from this dynamic era continue to ripple across the decades and create a powerful legacy into the twenty-first century. This course will be divided into thematic and chronological exposition. The first section will examine the origins of the Civil War, with special emphasis on the role of slavery and antislavery as factors of disunion. Then we can look at aspects of the war itself, emphasizing the civilian experience, looking particularly at the role of the social divisions—men and women, Whites and Blacks, free and enslaved, natives and immigrants with the republic in crisis. The emancipation of the enslaved was the dramatic centerpiece of the conflict, and thus the Civil War as a war of liberation and a war of reconstruction must be confronted. Finally, we must examine the contested memory and legacy of the Civil War, in both commemoration and popular culture.