Portraits of Jane and Franklin Pierce

These miniature portraits of Jane and Franklin Pierce, attributed to artist Moses B. Russell, were painted shortly after the couple was married in 1834. Measuring only 4 ¼ inches tall by 3 ½ inches wide, the paintings have gilt-metal frames and are set in a fitted leather case.They were meant to be carried. 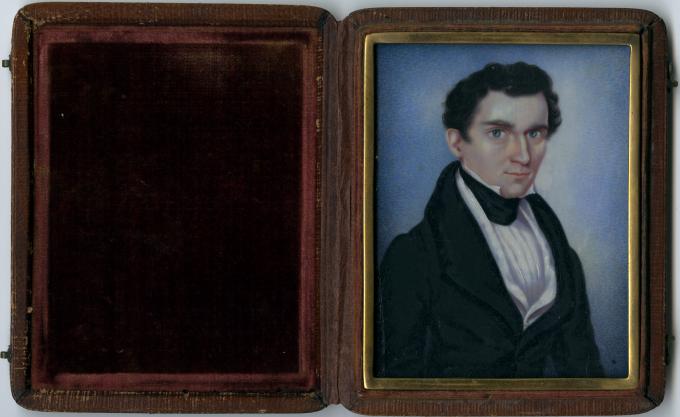 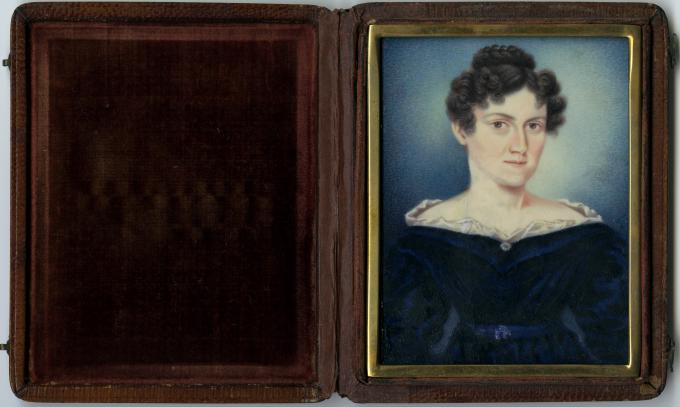 Franklin Pierce was elected the 14th president of the United States in 1852. On January 6, 1853, the president-elect, his wife, and their 11-year-old son, Benjamin, were traveling from New Hampshire to Washington DC when their train derailed and toppled down an embankment. Although Mr. and Mrs. Pierce suffered only minor injuries, Benjamin, their only living son, was killed. Pierce canceled his Inaugural Ball, did not use a Bible at his inauguration in March, and used the word "affirm" rather than "swear" when taking the oath of office. In an effort to cheer his grieving wife, he became the first president to have a decorated Christmas tree at the White House in 1853. Jane Pierce wrote letters to her late son throughout her time in Washington. These portraits capture the couple at a happier time.