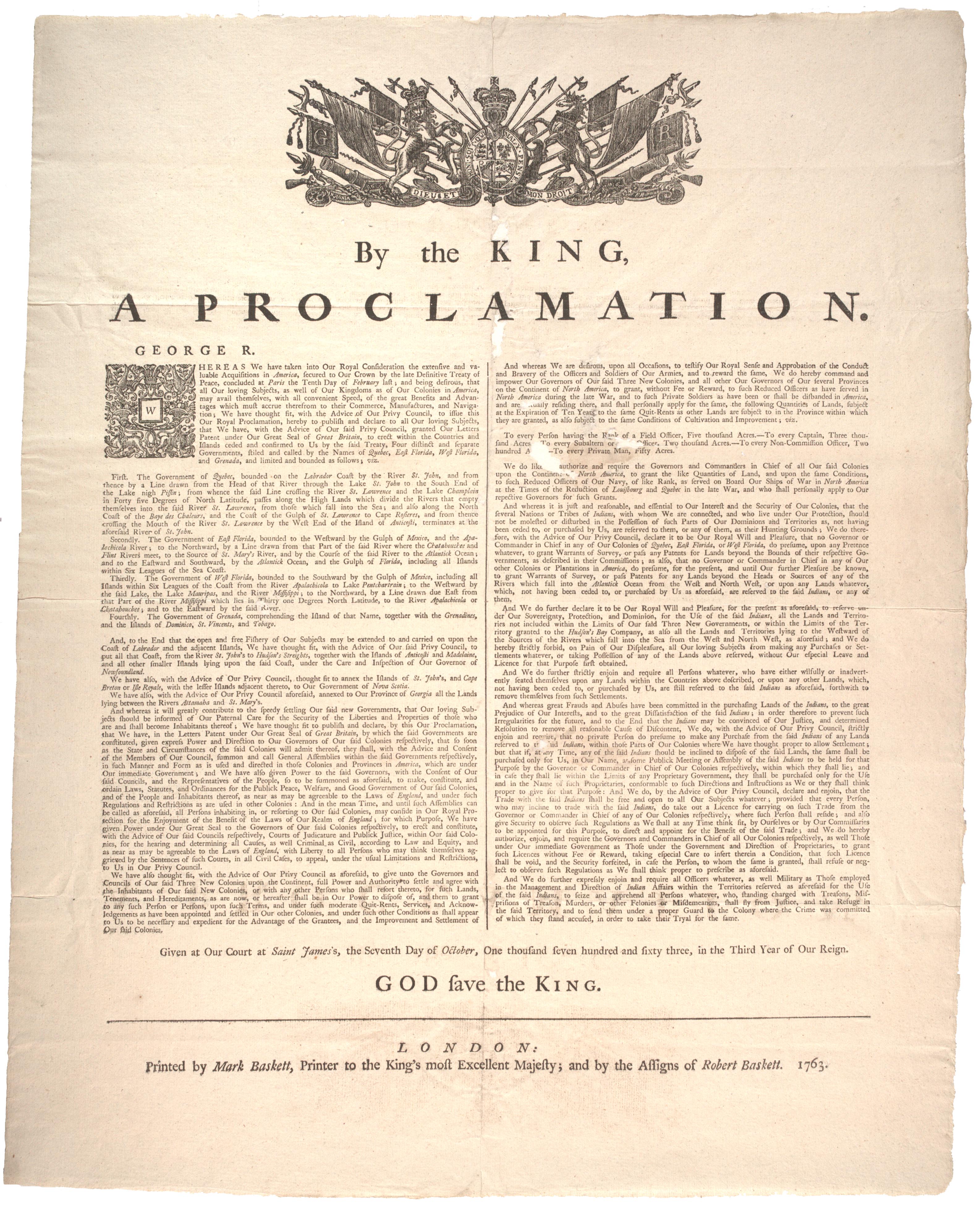 On October 7, 1763, King George III issued a Proclamation that would cause much resentment among American colonists. During the Seven Years’ War—also called the French and Indian War—England, with the assistance of such American colonists as George Washington, won territory in North America from France. The Proclamation forbade white settlement on lands west of the Appalachian Mountains, which would be "preserved to the said Indians." In keeping American colonists out of the newly won land, England hoped to avoid further conflict with Indian tribes and exert better control over colonial commerce and land speculation.

View the Proclamation up close here, and read a full transcript here.