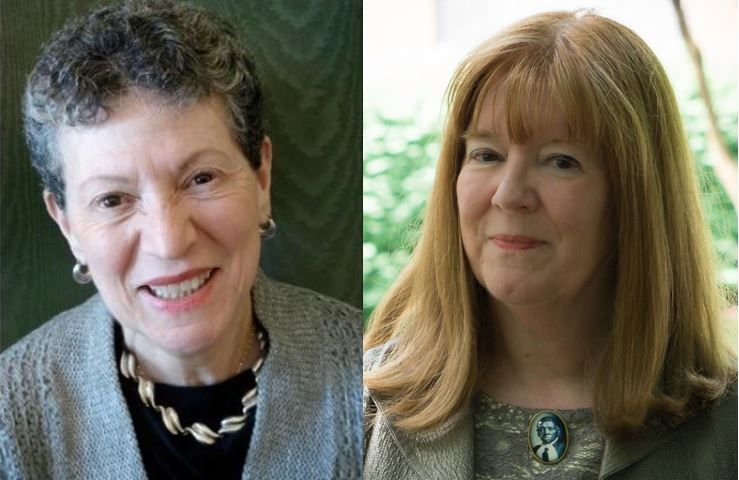 Professors Carol Berkin and Catherine Clinton have revolutionized the field of American women’s history in their academic careers. Berkin struggled against a generation that believed incorrectly that there were no primary sources to support the study of women during the American Revolution. Clinton was inspired by Berkin’s persistence in discovering those sources hiding in plain sight and contributed to the then-growing field with her study of southern women of the nineteenth century. Both will lead courses for the Pace–Gilder Lehrman MA in American History Program in 2020.

In an exclusive Gilder Lehrman Institute interview, the award-winning historians discuss the progress of women in the United States and the evolution of the study of women’s history.

Enjoy their dialogue on the Gilder Lehrman Institute Medium.com page.

“The reason it’s important to study women in the American Revolution is that it brings home, in a profound way, that the American Revolution was a long home front war. It was not a war waged in some distant place. It was fought right in the towns, in the villages, in the backyards, in the fields of Americans in every colony. And to tell that story without telling the story of how it affected women and how women affected it is to really get a skewed sense about how independence was won and how ideas about liberty evolved.

“When I taught this course last year and would talk to the students about women’s role in winning independence, it was clear they were amazed. They had to re-envision what the war was like. It wasn’t just Washington’s army marching off somewhere. It wasn’t just men at Valley Forge. It was about citizen participation in every aspect: in the decade of protest before the war, in the American Revolution itself, and in the debates afterward about what liberty and equality meant in the Declaration of Independence. I could almost feel students beginning to think, ‘The story was one-dimensional before, and now it is multi-dimensional.’

"This is such a complex story, and the more complex we make it, the truer it is. I don’t want people just to be able to say, ‘Oh, there were a lot of women involved in the American Revolution.’ I want them to understand how it changes how we understand what happened and how it happened in the years between 1763 and 1783.”

—Professor Carol Berkin, from her dialogue with Catherine Clinton