Remembering The Somme: World War I and America Reminder

Over the past week those nations involved in World War I have been commemorating the devastating Battle of the Somme, which raged over 141 days starting on July 1, 1916, and resulted in more than a million casualties. On the first day alone more than 19,000 British soldiers lost their lives. Although the United States did not enter the war until 1917, American poet Alan Seeger fought with the French Foreign Legion and died at the Somme on July 4, 1916. A year later, the first American troops landed in Europe. Read Seeger’s portentous poem "I Have a Rendezvous with Death" below.

World War I was a watershed event in American history, but few Americans recognize the war’s important legacies. The Gilder Lehrman Institute is proud to partner with Library of America to explore the continuing relevance of the war by reading, discussing, and sharing insights into the writings of Americans who experienced it firsthand.

Libraries and other community organizations: The first deadline to apply for World War I and America programming grants is just a week away. Check it out! 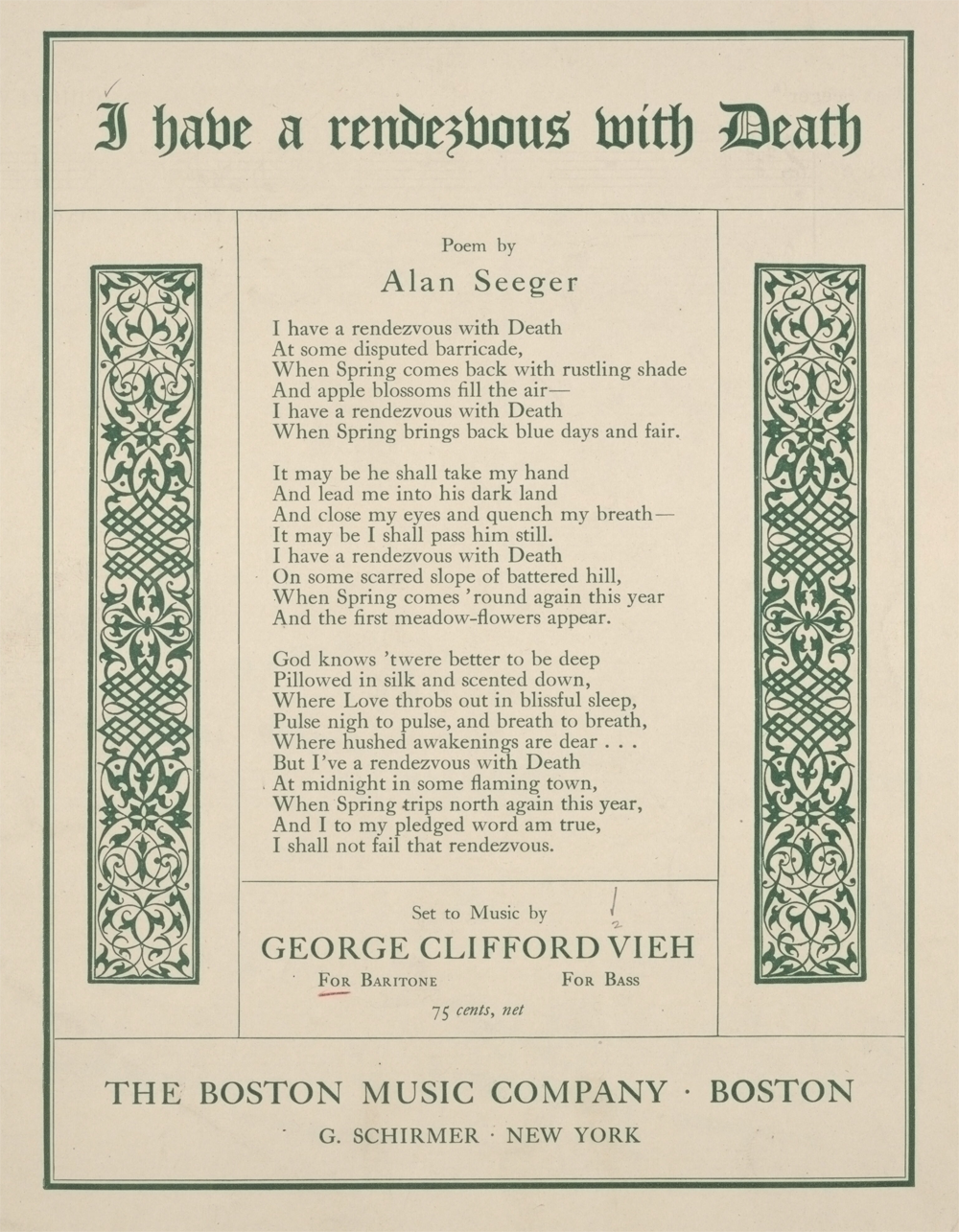