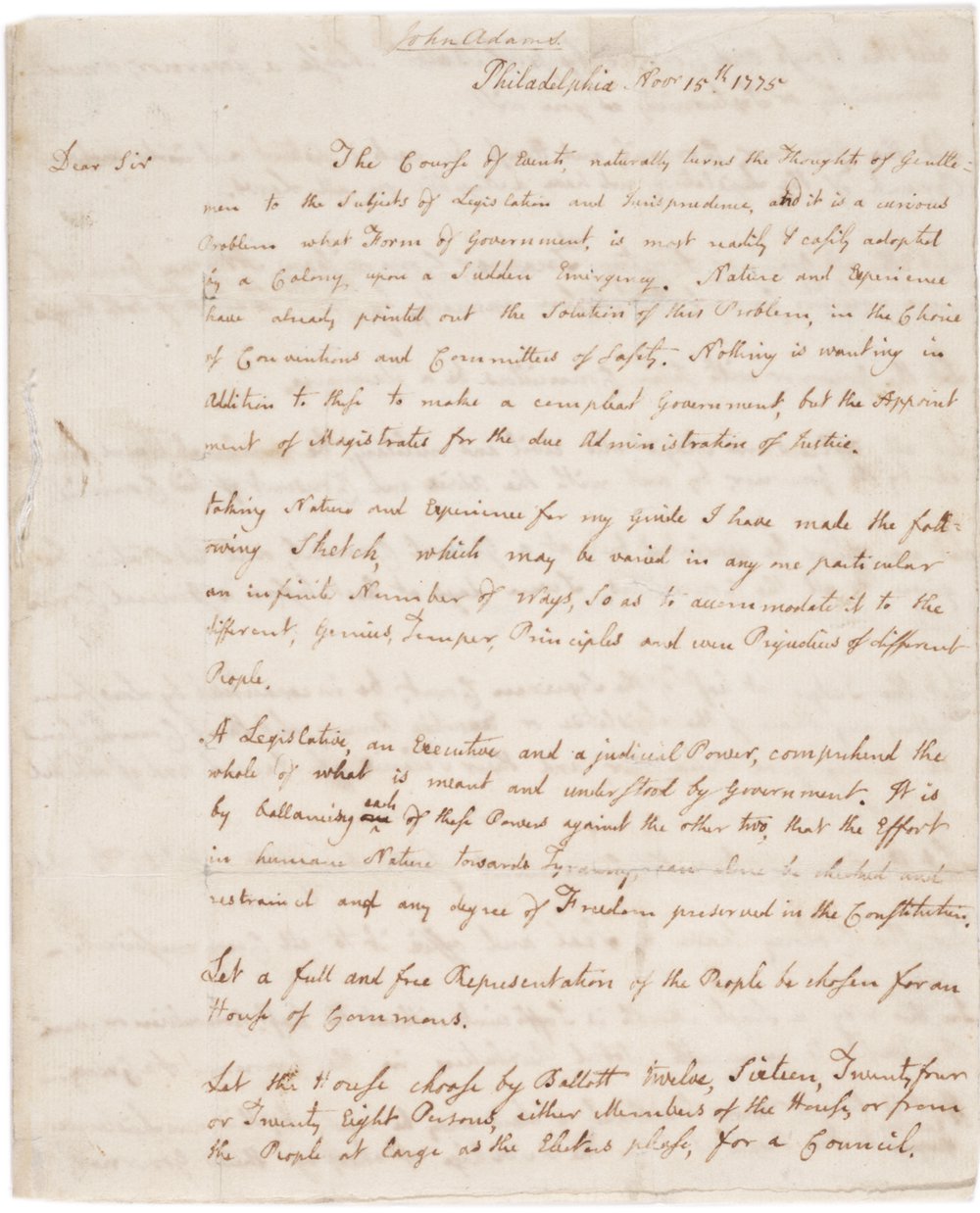 On November 14, 1775, Richard Henry Lee, a Virginia delegate to the Continental Congress in Philadelphia, visited fellow delegate John Adams, and the two held a fruitful discussion on "what form of government is more readily and easily adopted." Upon Lee's request, the next day Adams wrote up a rough "sketch" of his ideas, which he sent to Lee. Adams envisioned a government where,

A Legislative, an Executive and a judicial Power, comprehend the whole of what is meant and understood by Government. It is by ballancing each of these Powers against the other two, that the Effort in human nature towards Tyranny can alone be checked and restrained and any degree of Freedom preserved in the Constitution.

In the short term, Adam's vision for a style of government with a separation of power was shared around Virginia, and helped convince the colony to split from the British Empire. Over a decade later, at the 1787 Constitutional Convention, these ideas would help inspire the creation of a new American government.