Rosa Parks Refuses to Move: On This Day, December 1

On December 1, 1955, after a long day of work as a seamstress, Rosa Parks boarded the Cleveland Avenue bus in Montgomery, Alabama, and took a seat. 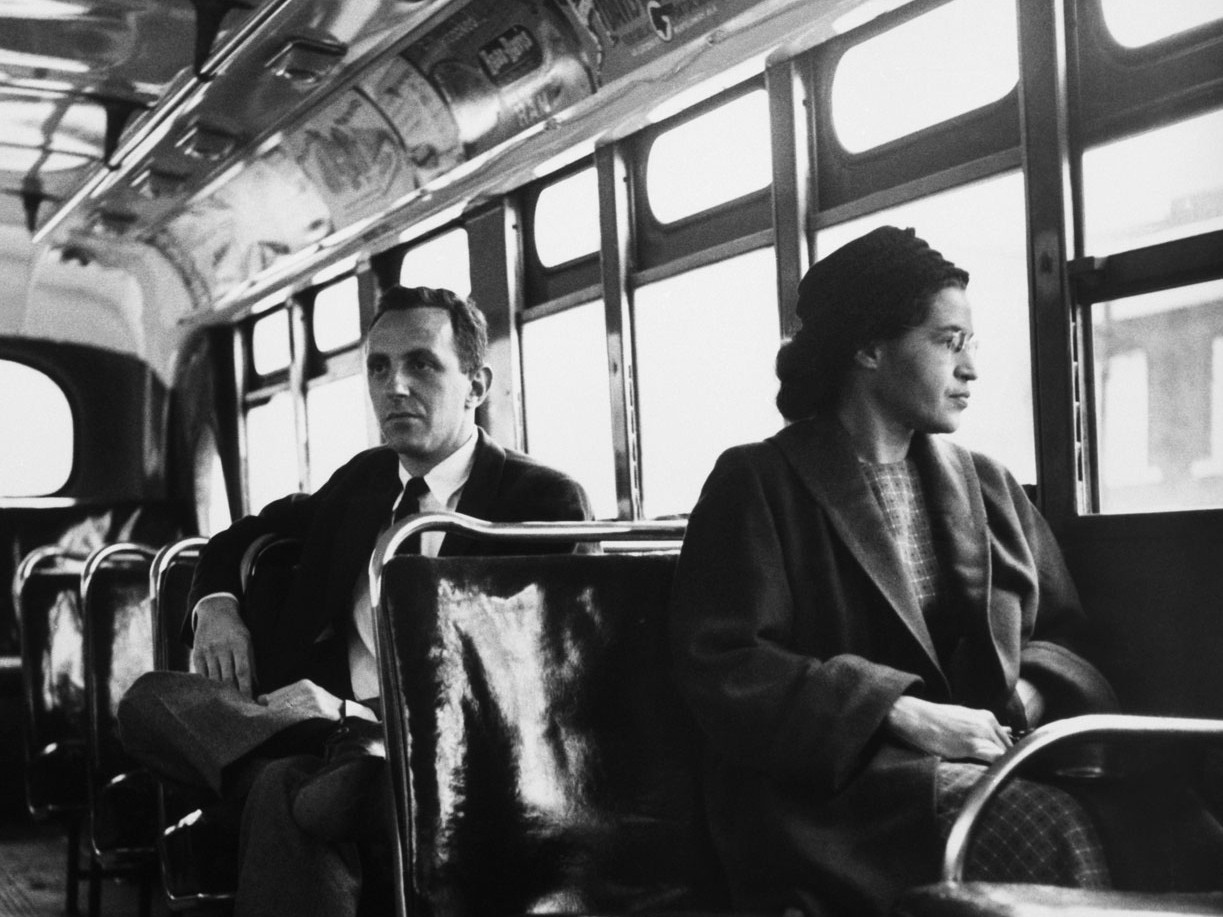 Parks, a black woman, took a seat in the first row of seats in the rear "colored section." (In mid-20th-century Montgomery, under the Jim Crow laws, the first few rows of seats in public buses were reserved for white passengers, while African American passengers were made to sit in the back rows.) As the bus seats filled up, Parks, along with several other black passengers, was asked by the bus driver to give up her seat to accommodate white passengers who were standing. In a spontaneous act of non-violent resistance, she quietly refused.

Rosa Parks had been an activist for civil rights most of her life, and was an active member of the Montgomery NAACP chapter. In her 1992 autobiography, Parks challenged the simplistic narrative that she was just too tired after a long day’s work to give up her seat:

People always say that I didn’t give up my seat because I was tired, but that isn’t true. I was not tired physically, or no more tired than I usually was at the end of a working day. I was not old, although some people have an image of me as being old then. I was forty-two. No, the only tired I was, was tired of giving in.

Rosa Parks was arrested and convicted of violating the Montgomery City Code. However, she appealed her conviction, directly challenging the legality of segregation laws and contributing to national efforts to end segregation.