The Second Declaration of Independence: On This Day, July 19-20

We hold these truths to be self-evident, that all men and women are created equal, that they are endowed by their Creator with certain inalienable rights, that among these are life, liberty, and the pursuit of happiness; that to secure these rights governments are instituted, deriving their just powers from the consent of the governed. 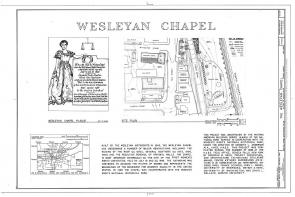 In 1848 the modest Wesleyan Chapel in Seneca Falls in upstate New York was the site of a groundbreaking gathering. The two-day event was the first women’s rights convention in history. Modeling their Declaration of Sentiments on the Declaration of Independence, sixty-eight women, many of them veterans of the abolition movement, put to paper the radical notion that men and women should stand equal before the law and in the democracy of the young American nation. Only two of the convention’s participants would live to see the Nineteenth Amendment to the Constitution, which granted women the right to vote in 1920.

Now you can visit the chapel and other important sites included in Women’s Rights National Historical Park. Celebrate the 100th anniversary of the National Park Service in Seneca Falls!

The push for women’s rights was part of a larger reform movement that flourished in the mid-nineteenth century. Learn more about those reform movements here and more about the broader picture of women’s history here through essays, featured primary sources, and videos.