The Union Army and Juneteenth, 1865

This engraving depicts a White Union soldier reading the Emancipation Proclamation to an enslaved family. It was published in 1864 by Lucius Stebbins, based on a painting by Henry W. Herrick. According to Stebbins, the scene “represents the only way in which the glorious news could reach the . . . slaves, viz.: through the faithful soldier.”[1]

On January 1, 1863, Abraham Lincoln used his wartime powers to issue the Emancipation Proclamation,[2] which declared that “all persons held as slaves within any State or designated part of a State . . . in rebellion against the United States, shall be then, thenceforward, and forever free.” However, on its own, the proclamation did not have the power to free anyone in the Confederate states. It needed to be enforced by the United States Army. As US forces advanced throughout the South, enslaved people acted upon the proclamation by escaping to freedom in the army camps. In Texas, where there were very few battles and the Union Army did not gain any territory, enslaved people did not learn about the Emancipation Proclamation for more than two years. 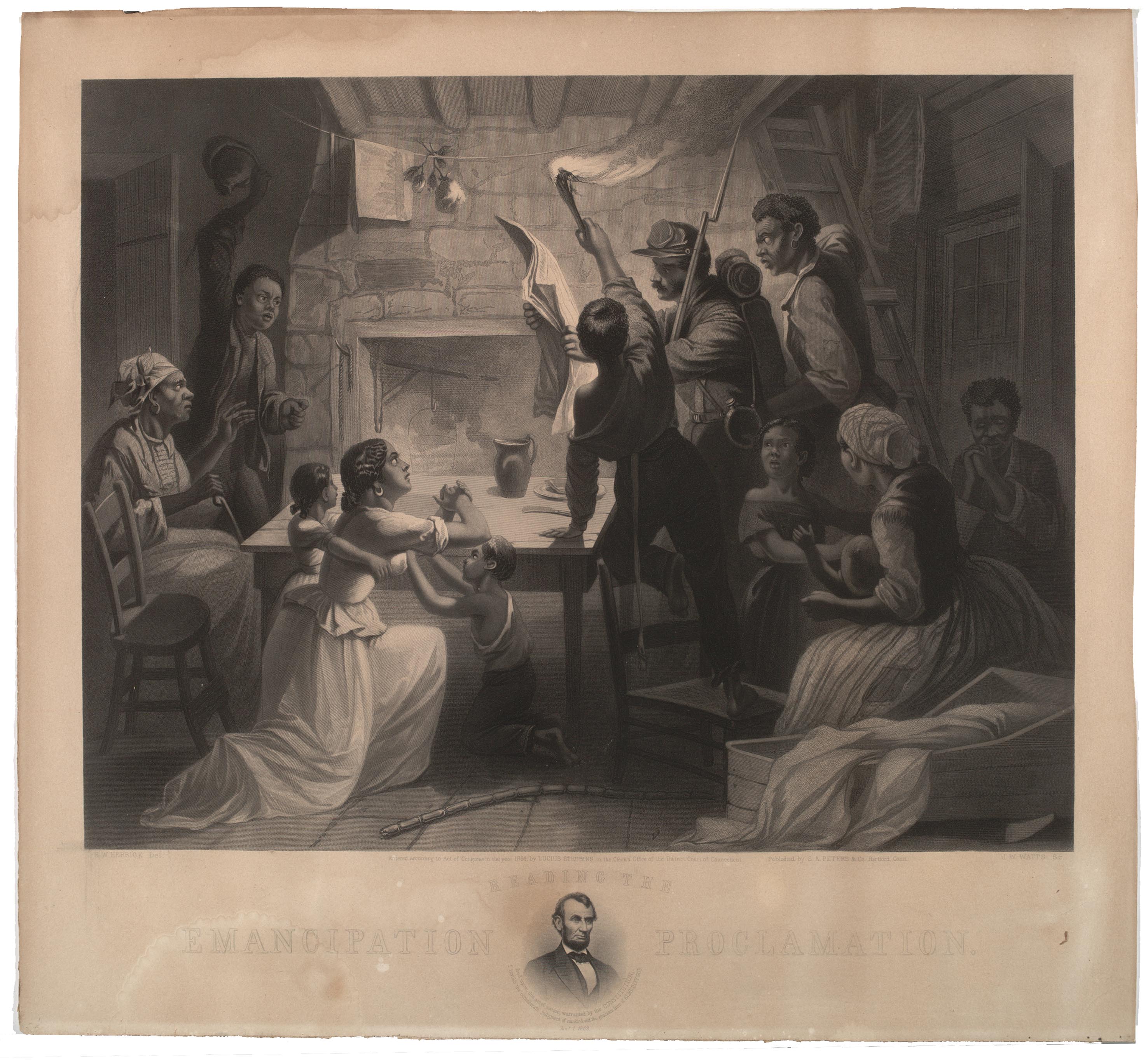 The last battle of the Civil War was fought at Palmito Ranch, Texas, on May 13, 1865. Even though the South won that battle, the collapse of the rest of the Confederacy and the capture of Jefferson Davis on May 10 compelled Confederate General Edmund Kirby Smith to surrender the last Confederate Army on June 2 in Galveston, Texas.

The people of Texas are informed that, in accordance with a proclamation from the Executive of the United States, all slaves are free. This involves an absolute equality of personal rights and rights of property between former masters and slaves, and the connection heretofore existing between them becomes that between employer and hired labor. The freedmen are advised to remain quietly at their present homes and work for wages. They are informed that they will not be allowed to collect at military posts and that they will not be supported in idleness either there or elsewhere.[3]

By the time Granger printed this order, the “Executive” who issued it, Abraham Lincoln, had been assassinated by John Wilkes Booth and the Thirteenth Amendment[4] abolishing slavery throughout the United States had been passed by both houses of Congress and sent to the states for ratification.

In the years following the Civil War, June 19 was celebrated by Black communities in Texas, first as Emancipation Day and later as Juneteenth. As Black Texans moved to other states, they brought Juneteenth with them. The celebrations gained popularity during the Civil Rights Movement in the 1960s and many states have followed Texas’s lead by making Juneteenth a holiday commemorating the end of slavery.

Teachers may discuss the information in the Introduction about Juneteenth and General Orders No. 3 and share the image Reading the Emancipation Proclamation with students before using the following questions to initiate a class discussion.

Read the introduction. Then apply that information and your knowledge of American history to answer these questions.