Announcing the Fall 2022 Issue of History Now: New Light on the Declaration and Its Signers 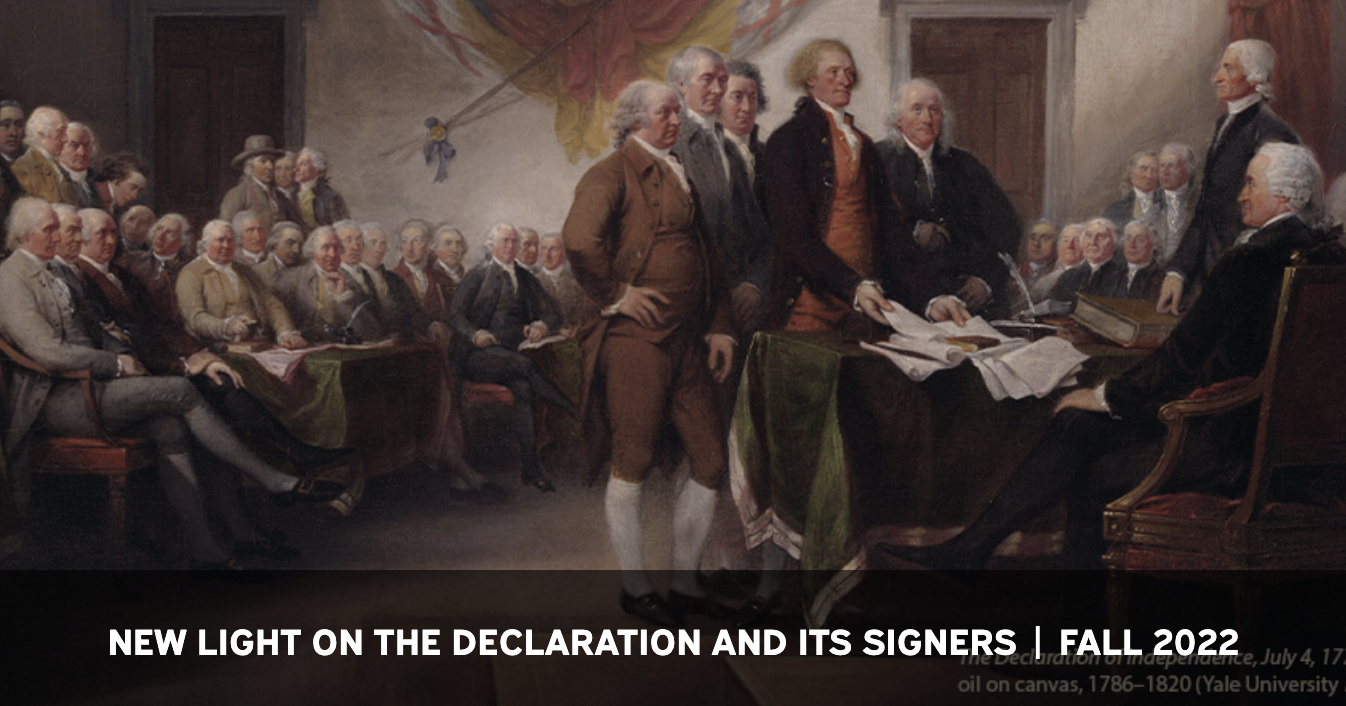 Published four times a year, History Now, the online journal of the Gilder Lehrman Institute, offers the latest in historical scholarship to K−12 teachers, students, and general readers. Each issue is organized around a major topic in American history and features essays by experts in the field.

We invite everyone else to subscribe to History Now here. You will receive instant access to our Fall 2022 issue, upcoming issues, and the complete History Now archive!

The Fall 2022 issue of History Now, “New Light on the Declaration and Its Signers,” explores important aspects of the lives of the fifty-six men who signed the Declaration of Independence. It restores these founders to view and celebrates their role in supporting revolutionary ideas that would change the world.

The following five original essays are featured in the issue:

In addition to the essays, the issue includes additional resources from the Gilder Lehrman archives as well as a special feature: a chart that lists the backgrounds, religious affiliations, occupations, and education levels of the signers of the Declaration of Independence.