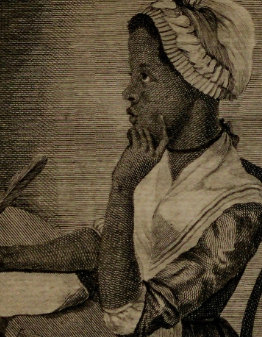 The Gilder Lehrman Institute’s “Black Lives in the Founding Era” initiative restores to view the lives and works of a wide array of African Americans in the period 1760 to 1800, drawing on our archive of historical documents and our network of scholars and master teachers.

Highlighted in this weekly Black Lives in the Founding Era News post are programs, resources, and other matter related to this initiative.

Phillis Wheatley, the first English-speaking person of African descent to publish a book, was captured and sold into slavery as a child, and then purchased by John Wheatley of Boston. Her genius impressed the Wheatleys, who arranged for her to be privately tutored in several subjects, including history, theology, and Latin. She began to publish serious poems as a teenager, and by 1776, George Washington described her as a poet “to whom Nature has been so liberal and beneficent in her dispensations.” 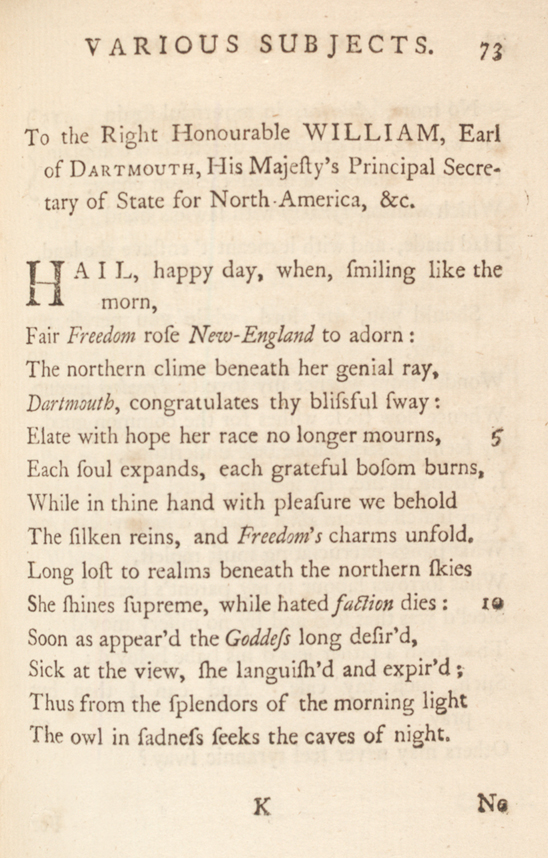 Spotlight on Phillis Wheatley’s poem on tyranny and slavery, 1772

Read about Phillis Wheatley’s and George Washington’s unlikely alliance in this History Now essay by James G. Basker, Gilder Lehrman Institute president and Barnard College professor, who will be the lead scholar for the Summer 2021 Teacher Seminar “Black Lives in the Founding Era.”

Learn more about the Black Lives in the Founding Era initiative here.