The diary of a sailor on the eve of Pearl Harbor 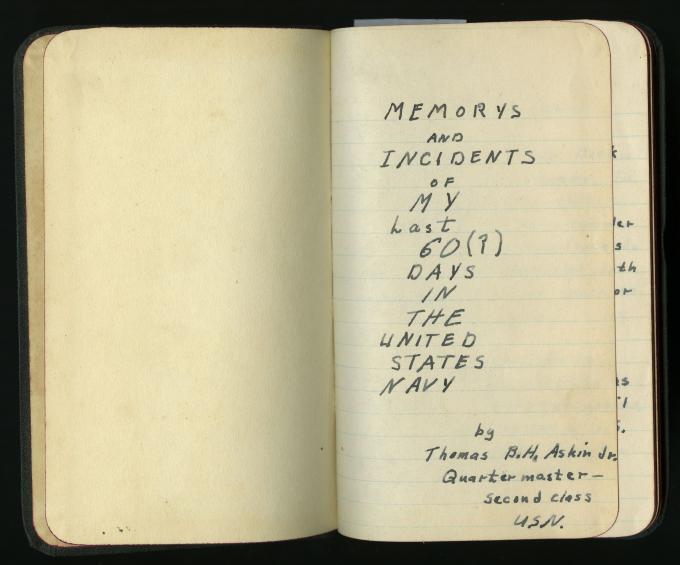 Askin had joined the Navy in March 1938, at the age of 17, and was set to be discharged on October 13, 1941, one day before his 21st birthday. Unfortunately, his ship was at sea at the time. His disappointment and dejection when he realized he would not be going home was palpable in his diary entry on October 14, 1941: "Twenty-one years old and not much to show for them. [I] am feeling quite low today because the Exec said he is only sending 6 men back in the next bunch and I am #10 which of course leaves me behind the ‘eight ball.’"

On December 6, nearly two months later, when Askin was finally notified that he would be heading for New York the next day, he wrote, "Am I happy- yea man." His joy was short lived, however. The Japanese bombed Pearl Harbor on December 7, the United States declared war on Japan the next day, and discharges were subsequently canceled, all of which he mentions briefly in his diary. Although the last entry in the diary is dated December 16, 1941, we know from his service record that Askin remained in the Navy through 1958. For his service during World War II, Askin was awarded numerous medals and awards, including the World War II Victory Medal, American Defense Service Medal with fleet, and the Presidential Testimonial Award. 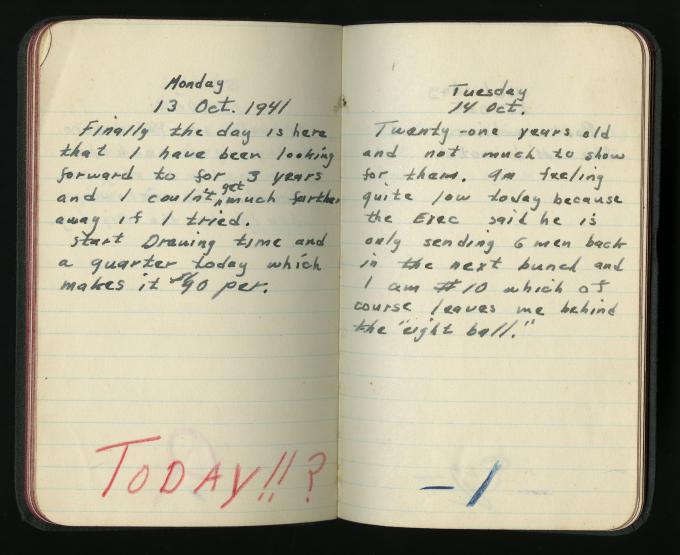 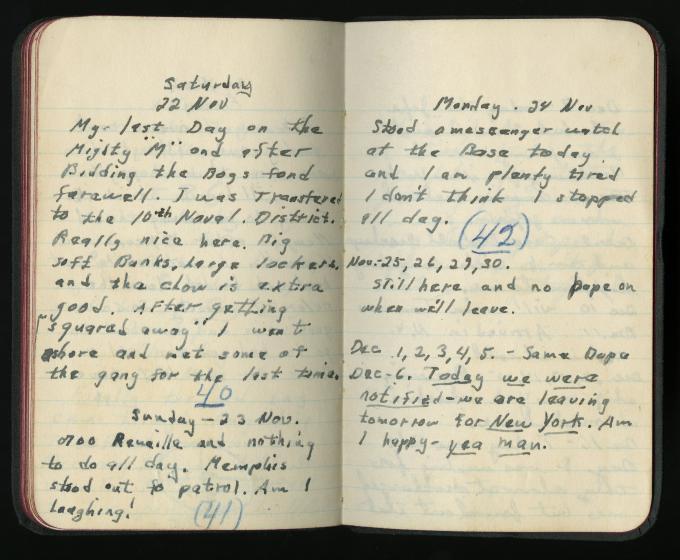 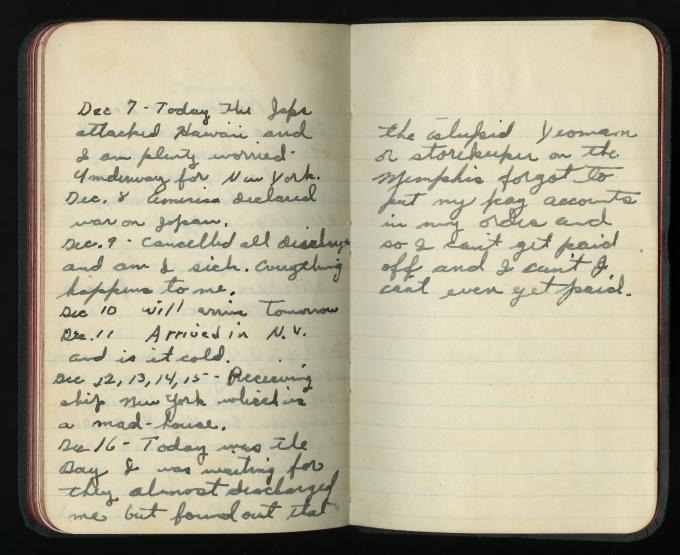