Get to Know the 2017 History Teachers of the Year: CherylAnne Amendola, New Jersey

This year, the Gilder Lehrman Institute recognized 52 State History Teachers of the Year for their tireless and innovative efforts to make history come alive for their students.

But who are they, really? We asked these talented teachers to answer a few questions about themselves and to reflect on the challenges and joys of teaching. We will feature a state winner every Tuesday and Thursday, so keep checking back to learn more about these outstanding educators! 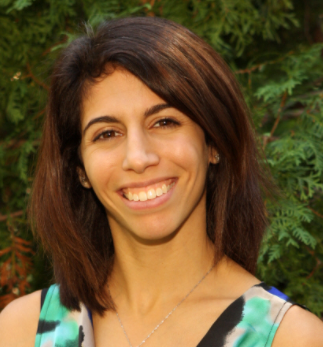 Do you have a favorite/funny memory from teaching?
Every year I ask my students to memorize the preamble of the Constitution by singing the School House Rock version. It is totally optional, but if they do it I bake them a cake, or cupcakes, or cookies, or a special request, like candy sushi. One student was absent the day his class performed, so when he returned he played his rendition of "We The People" on the trumpet before the class joined in with him, singing the words. It was awesome!

State one fun historical fact about the town you live in or grew up in.
There is a tavern in town (now a dentist’s office) built around 1770. George Washington mentions John Dods tavern in several letters as a reference point for directions for Revolutionary soldiers.

What is the last great history book you read?
Most Blessed of the Patriarchs by Annette Gordon-Reed and Peter Onuf.

What is your favorite historical site or museum?
This is so hard! Do I have to pick just one? I love the Tower of London, The Louvre, The Metropolitan Museum of Art, Colonial Williamsburg (the living museum!) and Monticello, to name a few. I’ve also enjoyed visiting Washington’s Headquarters in Morristown.

What advice would you give to young people, in high school or college, who may be considering a career in education but are unsure?
Do it. I wasn’t sure, either, but it is such a rewarding profession. You can change lives, save lives, and open hearts. Every year you teach, but it is different depending on the students you have and where you allow them to take you.

If you could travel back in time and meet any historical figure who would it be, and why?
Another hard question, GLI! Harriet Jacobs, because her narrative is so comprehensive, thought-provoking, and heartbreaking. I’d like to talk to her about it if she’d let me. I’d want to meet Thomas Jefferson, the "American Sphinx" himself. I want him to explain "all men are created equal" and his views on slavery. I need to know once and for all how he could write such a beautiful phrase but live such a cursed life, and he could hopefully explain that best. I’d also like to meet Henry Clay to pick up some pointers about how to get people to compromise.

Who is your favorite historian?
Peter Onuf, hands down, followed closely by Annette Gordon-Reed. I’ve been reading a lot of Maxine N. Laurie’s work about New Jersey, too, and she is also interesting.

Do you have a favorite historical topic or era?
The colonial period and American Revolution, followed closely by the early federal period. I also like to dabble in World War II. It would’ve been cool to have been a part of the greatest generation.

Do your students have a favorite historical topic or era?
Honestly, they tend to enjoy what I enjoy.  As long as I bring excitement into the room, it usually catches on. Currently, though, they’re enjoying learning about America’s first political parties because we use the music from Hamilton to make it fun.