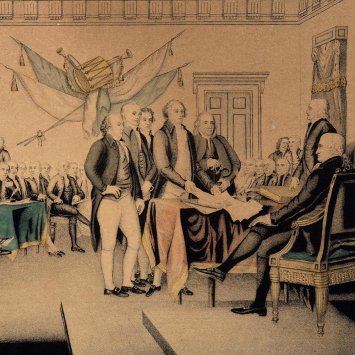 The Fourth of July was unofficially celebrated in the United States until 1870 when, nearly a hundred years after the Declaration of Independence was written, Congress first declared July 4 a national holiday.