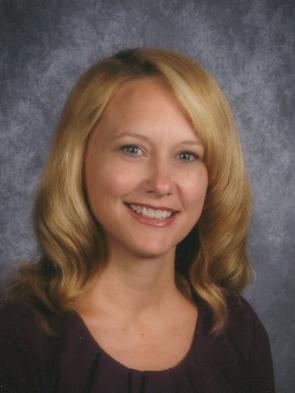 "HISTORY® is pleased to join with the Gilder Lehrman Institute in honoring outstanding history teachers through the History Teacher of the Year award," said Dr. Libby O’Connell, Chief Historian and SVP, Corporate Outreach for HISTORY®. "Michele Anderson exemplifies the best in history education, and we are proud to help highlight her outstanding achievements."

Michele Anderson is a teacher at John Glenn High School, a public school sixteen miles west of downtown Detroit. She has been lauded for leading her students on creative and original community outreach and oral history interview projects with World War II and Korean War veterans. Her work has drawn the attention and acclaim of the Veterans of Foreign Wars and the Library of Congress, and in 2013 Ms. Anderson received the Michigan Historical Commission’s John B. Swainson Award for her efforts to preserve the memory of Michigan’s defense workers and World War II veterans.

"Students get excited about history when somehow it becomes real to them," said Ms. Anderson. "Teachers have to help students make connections between what the student is learning and how that piece of history relates to something in their life. As teachers, we call it the ‘aha’ experience."

Each year, HISTORY® and the Gilder Lehrman Institute of American History recognize exemplary educators who use creative methods to make American history memorable through the use of primary source documents, artifacts, historic sites, guest lectures, and other resources. In addition to the national award, HISTORY® and Gilder Lehrman acknowledge a first-rate history teacher in each of the 50 states, Washington, DC, the Department of Defense Schools, and US Territories. Each state winner receives $1,000 and an archive of books and resources from Gilder Lehrman and HISTORY® for their school’s library, and becomes a finalist for the national award.

"Honoring a great history teacher is one of the most rewarding things we do," said Lesley S. Herrmann, Executive Director of the Gilder Lehrman Institute, "because in celebrating Michele Anderson, we honor all teachers who inspire our children to learn about the people and events that shaped our country."

Michele Anderson was selected for the National History Teacher of the Year Award from more than 1,000 nationwide nominees and was chosen by a panel that included Elaine Reed, former executive director of the National Council for History Education; University of Texas historian Jeremi Suri; 2013 National History Teacher of the Year Jill Szymanski; and Tim Bailey, Gilder Lehrman’s director of education.

As the winner of the award, Ms. Anderson will receive $10,000 and attend a ceremony in her honor in New York City. This year’s ceremony will take place at The Princeton Club on December 9, 2014. The award will be presented by historian Earl Lewis, former provost at Emory University and current president of The Andrew W. Mellon Foundation.